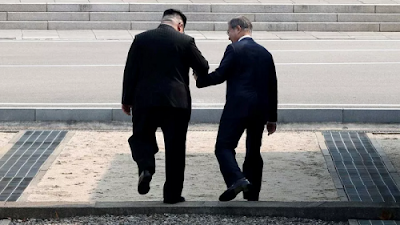 "Well I’ll be damned. There's a lot of cool stuff happening all of a sudden.

After loudly denying rigging their primaries for two years, the leaders of the Democratic Party are now openly admitting to deliberately stacking primary elections to ensure the win of preselected establishment loyalists. In response to an audio recording of House Minority Whip Steny Hoyer telling a progressive congressional candidate that he'll be running in a contest rigged for his opponent by the DCCC if he doesn't drop out, House Minority Leader Nancy Pelosi came right out and told the press "I don’t see anything inappropriate in what Mr. Hoyer was engaged in - a conversation about the realities of life in the race as to who can make the general election.”

I mean, wow. She just came right out and said it. All it took was a little audio recording to transform months and months of "But Russia! Russia Russia Russia!" into "Yeah of course we do that. Duh."

And it really is that blatant and undeniable. I've gotten a few establishment loyalists in my social media notifications attempting to argue that "rigging" is too strong a word for the act of secretly stacking primary contests to ensure the election of preselected candidates, but their heart isn't really in it. After a certain point there's only so much Orwellian doublethink you can do.
Not long ago I was downright terrified that the western empire was going to provoke a dangerous military escalation in Syria, and while that still could very well happen it looks like the warmongers are going to have to do a lot of work to get there. An aggressive opposition to military interventionism and intense skepticism of the establishment narrative about an alleged chemical weapons attack in Douma arose all across the political spectrum as soon as the drums of war began beating, and after a few empty buildings were bombed under the false claim that they contained chemical weapons, the drums are much quieter.

What has replaced the sound of the war drums is the desperate shrieking of the establishment propaganda machine, which has been frantically attacking anyone who dared to express skepticism about the official western Douma narrative. One particularly shrill day saw no less than seven high-profile smear pieces published about antiwar voices toward that end. Seven. In one day.

The war propagandists exposed themselves very badly with that one, and the public is unlikely to forget it. You can only be seen screaming "You're not allowed to ask questions about that" so many times before people start wondering what you're trying to hide. The propaganda machine has never been so visible to the public, and this is all coming after the empire was caught lying about the Skripal poisoning.
After all that white knuckle Syria intensity, seeing what just happened on the Korean Peninsula was pure heart candy. There are reasons to be optimistic, there are reasons to be pessimistic. But hope is in the air, and people are excited.

And sometimes that's all it takes.

Trump's support base is highly enthused about these new developments, and who can blame them? If peace prevails on the Korean Peninsula it will be regarded a major political victory for this administration no matter how his opposition tries to spin it, and, more importantly, it will open people's minds to what is possible all over the world. If enough people in a large and influential political faction get it into their minds that the world is transforming and awakening, it can become a self-fulfilling prophecy whether it was technically true to begin with or not.

Either way, the MAGA crowd believes, and now they're talking like a bunch of patchouli-wearing hippies. Which is of course awesome. 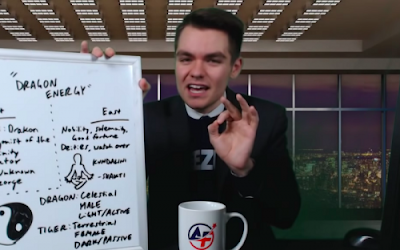 The other day I watched some Trump supporter guy with a Youtube show called America First because he made a tweet which caught my eye. The first 43 minutes of the clip I skimmed through looked like fairly generic MAGA fare about free speech and conservative values, but then all of a sudden this clean cut, couldn't-look-more-Republican-if-he-tried guy pulls out a white board with a yin-yang symbol, a picture of someone meditating, and the words "shakti" and "kundalini" written on it. And he starts monologuing about eastern mysticism.

I'm not sure what this is, but it's definitely different. A bunch of tweets and videos by Mike Cernovich, Scott Adams and Kanye West have been dancing in an unexpected way that has conservatives now talking about a shift in consciousness transforming the way humanity functions in the near future. Liberals and leftists are scoffing at it of course, but it's definitely a thing, and in my opinion it's downright fascinating. 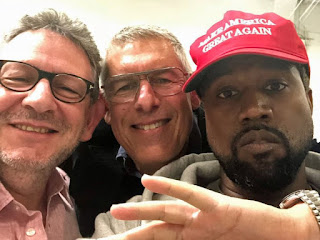 The MAGA crowd has always impressed me with its ability to energetically and spontaneously unify behind a single theme as a group, like a flock of birds or school of fish changing direction together on a dime. There are certainly worse things they could pour their collaboration into than manifesting a spiritual revolution. 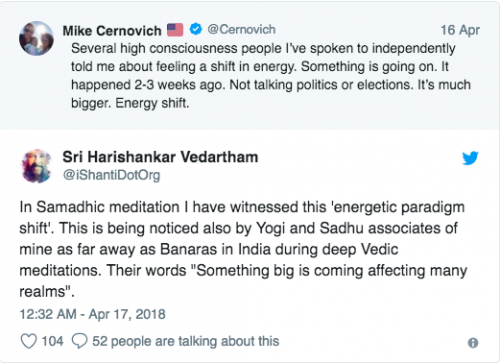 And who the hell am I to say they're wrong about that? It's not like we've got a choice anyway; either our species will change the way it functions or we'll wipe ourselves out via nuclear holocaust or climate catastrophe within a few decades, no matter how loudly and smugly we scoff at the guys in MAGA hats. If humanity is going to take a last-ditch, evolve-or-die leap into the unknown and unprecedented, now would surely be the time to do it. If a bunch of right-wingers get it into their heads that humanity is undergoing a spiritual transformation, that certainty could be all it takes to tip us into the shift we all know we need to make anyway.

Could something big be in the works? Something which transcends all our little echo chamber walls and ideological boundaries, which comes not from the repetitive thought loops in our minds but from our deep evolutionary drive to survive? I hope so. And call me naive and deluded if you like, but right now I'm seeing plenty of reasons to hope."
- https://www.zerohedge.com/
Posted by CoyotePrime at 8:06 AM