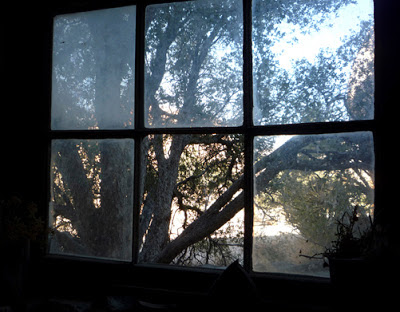 "An active life serves the purpose of giving man the opportunity to realize values in creative work, while a passive life of enjoyment affords him the opportunity to obtain fulfillment in experiencing beauty, art, or nature. But there is also purpose in that life which is almost barren of both creation and enjoyment and which admits of but one possibility of high moral behavior: namely, in man's attitude to his existence, an existence restricted by external forces. A creative life and a life of enjoyment are banned to him. But not only creativeness and enjoyment are meaningful. If there is a meaning in life at all, then there must be a meaning in suffering. Suffering is an ineradicable part of life, even as fate and death. Without suffering and death human life cannot be complete.

The way in which a man accepts his fate and all the suffering it entails, the way in which he takes up his cross, gives him ample opportunity- even under the most difficult circumstances- to add a deeper meaning to his life. It may remain brave, dignified and unselfish. Or in the bitter fight for self-preservation he may forget his human dignity and become no more than an animal. Here lies the chance for a man either to make use of or to forgo the opportunities of attaining the moral values that a difficult situation may afford him. And this decides whether he is worthy of his sufferings or not.

Do not think that these considerations are unworldly and too far removed from real life. It is true that only a few people are capable of reaching such high moral standards. Of the prisoners only a few kept their full inner liberty and obtained those values which their suffering afforded, but even one such example is sufficient proof that man's inner strength may raise him above his outward fate. Such men are not only in concentration camps. Everywhere man is confronted with fate, with the chance of achieving something through his own suffering.

Take the fate of the sick- especially those who are incurable. I once read a letter written by a young invalid, in which he told a friend that he had just found out he would not live for long, that even an operation would be of no help. He wrote further that he remembered a film he had seen in which a man was portrayed who waited for death in a courageous and dignified way. The boy had thought it a great accomplishment to meet death so well. Now- he wrote- fate was offering him a similar chance.

Those of us who saw the film called "Resurrection"- taken from a book by Tolstoy- years ago, may have had similar thoughts. Here were great destinies and great men. For us, at that time, there was no great fate; there was no chance to achieve such greatness. After the picture we went to the nearest cafe, and over a cup of coffee and a sandwich we forgot the strange metaphysical thoughts which for one moment had crossed our minds. But when we ourselves were confronted with a great destiny and faced with the decision of meeting it with equal spiritual greatness, by then we had forgotten our youthful resolutions of long ago, and we failed.

Perhaps there came a day for some of us when we saw the same film again, or a similar one. But by then other pictures may have simultaneously unrolled before one's inner eye; pictures of people who attained much more in their lives than a sentimental film could show. Some details of a particular man's inner greatness may have come to one's mind, like the story of the young woman whose death I witnessed in a concentration camp. It is a simple story. There is little to tell and it may sound as if I had invented it; but to me it seems like a poem.

This young woman knew that she would die in the next few days. But when I talked to her she was cheerful in spite of this knowledge. "I am grateful that fate has hit me so hard," she told me. "In my former life I was spoiled and did not take spiritual accomplishments seriously." Pointing through the window of the hut, she said, "This tree here is the only friend I have in my loneliness." Through that window she could see just one branch of a chestnut tree, and on the branch were two blossoms. "I often talk to this tree," she said to me. I was startled and didn't quite know how to take her words. Was she delirious? Did she have occasional hallucinations? Anxiously I asked her if the tree replied. "Yes." What did it say to her? She answered, "It said to me, 'I am here - I am here - I am life, eternal life.' "

Freely download "Man's Search For Meaning" by Viktor Frankl here:
- http://www.fablar.in/yahoo_site_admin/assets/
Posted by CoyotePrime at 8:24 AM