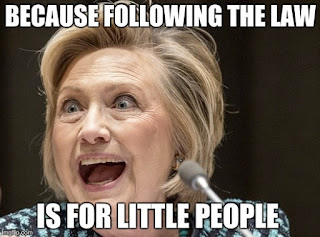 "The Cosby Status Quo:
A Facade of Wholesomeness Masks Feudal Exploitation”
In America's feudal society/economy, there are two systems of "justice."
by Charles Hugh Smith

"The conviction of Bill Cosby for sexual exploitation/assault serves as a useful metaphor for our entire status quo, which projects a wholesome PR facade (free market capitalism, win-win, democracy, meritocracy, anyone can grow up to win American Idol, etc.) which masks a predatory culture of exploitation.

The most important aspect of the Cosby case is that dozens of reports of his drugging and assaulting women were routinely ignored for decades. The facade of wholesomeness, generated to protect the profit-generating machinery of the Cosby brand, buried accusations with a blizzard of legal and PR maneuvers.

The only difference between the predations of Cosby and those of Harvey Weinstein is that Weinstein had no need for a facade of wholesomeness because his brand/core business did not generate profit from a pretense of wholesomeness like Cosby's. Weinstein's predations were an open secret because he reckoned his power and connections rendered him invulnerable. In other words, he was nobility in a feudal society/economy.

In America's feudal society/economy, there are two systems of "justice": one for the wealthy and powerful oligarchs generating profits for Hollywood and Corporate America, and an overcrowded gulag of serfs forced to plea-bargain in the other.

The predation and the hollowness of the wholesome image were well-known to those serving the nobility. Hundreds of insiders knew the truth, just as hundreds of insiders with top secret clearance knew about the contents of the Pentagon Papers, and thus knew the Vietnam War was little more than an accumulation of official lies designed to protect the self-serving elites at the top of the power pyramid.

Only one analyst of the hundreds with access to the truth had the courage to risk his career and liberty to release the truth to the American public: Daniel Ellsberg.

If you want to understand why the status quo is unraveling, start by examining the feudal structure of our society, politics and economy: the endemic corruption, predation and exploitation of the privileged nobility at the very top, the well-paid class of self-serving sycophants, toadies, lackeys, hacks, apologists, flunkies, careerists and legal-team mercenaries who toil ceaselessly to protect their oligarch overlords from exposure and the exploited, powerless serfs at the bottom.

As Orwell observed about a totalitarian oligarchy, some are more equal than others. That is the definition of an exploitive, predatory feudal society."
- https://www.oftwominds.com/
Posted by CoyotePrime at 4:41 PM