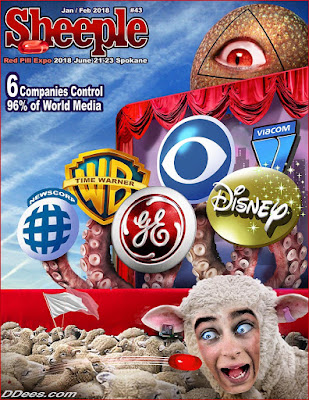 “Big Brother does not watch us, by his choice. We watch him, by ours. There is no need for wardens or gates or Ministries of Truth. When a population becomes distracted by trivia, when cultural life is redefined as a perpetual round of entertainments, when serious public conversation becomes a form of baby-talk, when, in short, a people become an audience and their public business a vaudeville act, then a nation finds itself at risk; a culture-death is a clear possibility.”
- Professor Neil Postman,
"Amusing Ourselves to Death: Discourse in the Age of Show Business"
◆
"Dial T for Tyranny:
While America Feuds, the Police State Shifts Into High Gear"
by John W. Whitehead

"What characterizes American government today is not so much dysfunctional politics as it is ruthlessly contrived governance carried out behind the entertaining, distracting and disingenuous curtain of political theater. And what political theater it is, diabolically Shakespearean at times, full of sound and fury, yet in the end, signifying nothing.

Played out on the national stage and eagerly broadcast to a captive audience by media sponsors, this farcical exercise in political theater can, at times, seem riveting, life-changing and suspenseful, even for those who know better.

The players come and go, the protagonists and antagonists trade places, and the audience members are forgiving to a fault, quick to forget past mistakes and move on to the next spectacle. All the while, a different kind of drama is unfolding in the dark backstage, hidden from view by the heavy curtain, the elaborate stage sets, colored lights and parading actors.

Such that it is, the realm of political theater with all of its drama, vitriol and scripted theatrics is what passes for “transparent” government today, with elected officials, entrusted to act in the best interests of their constituents, routinely performing for their audiences and playing up to the cameras, while doing very little to move the country forward.

Yet behind the footlights, those who really run the show are putting into place policies which erode our freedoms and undermine our attempts at contributing to the workings of our government, leaving us none the wiser and bereft of any opportunity to voice our discontent or engage in any kind of discourse until it’s too late.

It’s the oldest con game in the books, the magician’s sleight of hand that keeps you focused on the shell game in front of you while your wallet is being picked clean by ruffians in your midst.

Indeed, while mainstream America has been fixated on the drama-filled reality show being televised from the White House, the American Police State has moved steadily forward. Set against a backdrop of government surveillance, militarized police, SWAT team raids, asset forfeiture, eminent domain, over-criminalization, armed surveillance drones, whole body scanners, stop and frisk searches, roving VIPR raids and the like - all of which have been sanctioned by Congress, the White House and the courts - our constitutional freedoms have been steadily chipped away at, undermined, eroded, whittled down, and generally discarded.

Our losses are mounting with every passing day. Free speech, the right to protest, the right to challenge government wrongdoing, due process, a presumption of innocence, the right to self-defense, accountability and transparency in government, privacy, press, sovereignty, assembly, bodily integrity, representative government: all of these and more have become casualties in the government’s war on the American people.

All the while, the American people have been treated like enemy combatants, to be spied on, tracked, scanned, frisked, searched, subjected to all manner of intrusions, intimidated, invaded, raided, manhandled, censored, silenced, shot at, locked up, and denied due process. None of these dangers have dissipated. They have merely disappeared from our televised news streams.

The new boss has proven to be the same as the old boss, and the American people, the permanent underclass in America, has allowed itself to be so distracted and divided that they have failed to notice the building blocks of tyranny being laid down right under their noses by the architects of the Deep State. 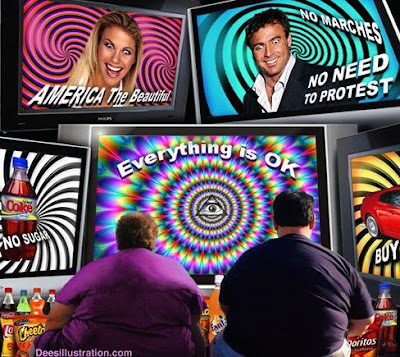 Frankly, it really doesn’t matter what you call the old/new boss - the Deep State, the Controllers, the masterminds, the shadow government, the police state, the surveillance state, the military industrial complex - so long as you understand that no matter who occupies the White House, it is a profit-driven, an unelected bureaucracy that is actually calling the shots.

In the interest of liberty and truth, here’s an A-to-Z primer to spell out the grim realities of life in the American Police State that no one is talking about anymore.”
Please view the rest of this article here:
- http://www.gilmermirror.com/
Posted by CoyotePrime at 5:02 PM