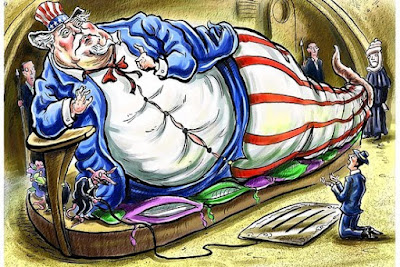 Back in the 1770’s there was a collection of radicals, who were highly educated in the natural law and the errors and successes of past political and economic systems. They were American Colonists with names like John Hancock, Samuel Adams, Alexander Hamilton, James Madison, et. al. They believed that each man was uniquely created by God and could have a personal relationship with the Creator if he or she chose to do so. This mind-set also caused these men to reject the idea that God only spoke to men through either the Pope or the King, and that the political theory of the “Divine Right of Kings” was a scam used by kings to justify their dictatorial form of government. Claiming their divine right, kings would claim they represented God to the people and that all their policies were God ordained and therefore infallible.

Instead, these radicals reasoned that if each of them were uniquely created in God’s image, not only were they all equal before God in the spiritual sense, but that every man was also equal politically. Back in the 1700’s such thinking was radical compared to the status quo. They also believed that men were capable of governing themselves and writing their own laws.

In 1765, the “Divine Right of Kings” form of government clashed with the “all men are created equal” way of thinking when the King’s government imposed a tax on tea in the American Colonies. The amount of the overall tax burden was small, only about 2%, but the way the tax was imposed on Americans was highly offensive to them. American Colonists objected to any tax being imposed on them that they did not approve of through representation in the legislative body imposing the tax.

Americans further objected to being forced to purchase the taxed tea only through governmentally approved outlets. In fact, these passionate and thinking Americans were so opposed to this construct they successfully boycotted the entire scheme and the tax on tea had to be withdrawn. Finally in 1775 a war was fought over these conflicting political theories and much blood and treasure was expended in order to resolve the conflict. During the War of Independence, Americans would cry out “No Taxation without Representation”.

What replaced the “Divine Right of Kings” in the newly formed United States of America was a Constitution that recognized that every man had equal standing in the new government. This new governmental system utilized democratic processes, representing We the People, to run the government. The new system also recognized that men are fallible, as all men sin and fall short of the glory of God. One characteristic of this new Republic was that a citizen’s rights were more important than what might someday be the appetite of a mob.

The Declaration of Independence listed 27 grievances against an abusive King; and the new Constitution recognized that political leaders might be so bad that they might need to be removed from office through an impeachment process. Our system of reoccurring elections also allows bad actors to be removed from office. This was a huge change from the previous system where the King claimed he represented God and that his policies were therefore infallible.

Believing that all men are sinners, the founders of America chose to limit the power and size of government such that at the beginning America had a limited form of government, limited by what Thomas Jefferson referred to as “the chains of the Constitution”.

How is that working out for us today? Not so good I would say. Referring to the CIA’s World Fact Book (https://www.cia.gov/library/publications/the-world-factbook/), we see that the government of the United States is the biggest government in the world at $3.893 trillion in budgeted annual expenditures. China is second at $2.897 trillion. Japan is third at $1.931 trillion. And Germany is fourth at $1.484 trillion. Recently demonized Russia isn’t even in the top 10 at $286 billion per year, just one fourteenth the size of our budget.

In fact, in all of recorded history, the government of the United States is the biggest government the human race has ever seen on Planet Earth! Uncle Sam is Biggest Brother. How did this happen with a Constitution that guarantees us a limited form of government?

The simple answer is that our government ignores our Constitution. More accurately, what it does is lure us away from our God-given rights as guaranteed in our Constitution with benefits and privileges such that we leave our common law and constitutional rights behind in the rear view mirror in exchange for cradle to grave governmental security.

We have come full circle and have made government our God through a modern version of the Divine Right of Kings. However, instead of being up front about this new scheme, instead we are tricked into joining a new political overlay that uses familiar sounding terms, like “citizen of the United States,” which is a statutorily created entity subject to Congress’ authority and unable to object to the rules and regulations pertaining to the benefits and privileges being sought after. This constitutes a political overlay that has caused the original Republic and its Constitution to go into hibernation.

Instead of relying on our God-given natural rights, memorialized in our Constitution and our Bill of Rights, we chase after “public rights” created by a bleeding heart Congress anxious to make us subject to its authority as we indulge in tax payer funded benefits. Congress has created a “right to food stamps”, a “right to unemployment benefits”, a “right to low interest loans” if you are a student, a farmer, and first-time home buyer. There are rights to farm subsidies, grants, and of course bailouts for those too big to fail and too big to jail. (For a discussion of “public rights” see Kuretski v. C.I.R., 755 F.3d 929, (D.C. Cir. 2014.))

In reality, these “public rights” are not rights at all, but government granted privileges. The United States Supreme Court has ruled many times that those who chase after a privilege have no standing to complain, object or otherwise defend any right, as there is no such thing as a “right” in the universe of privileges.

A big government, who takes care of us from cradle to grave, is also a government that has become a defacto god. We are now right back to where we were before the War of Independence, except the tax rate and the size of government has increased an order of magnitude compared to that of 1775. The ancient Divine Right of Kings is very much alive and well today.”
- http://theeconomiccollapseblog.com/ 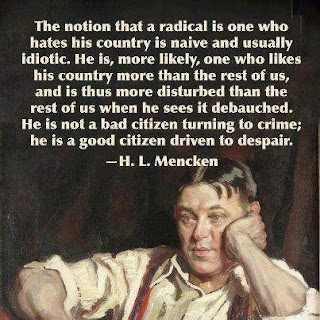 Posted by CoyotePrime at 8:39 AM