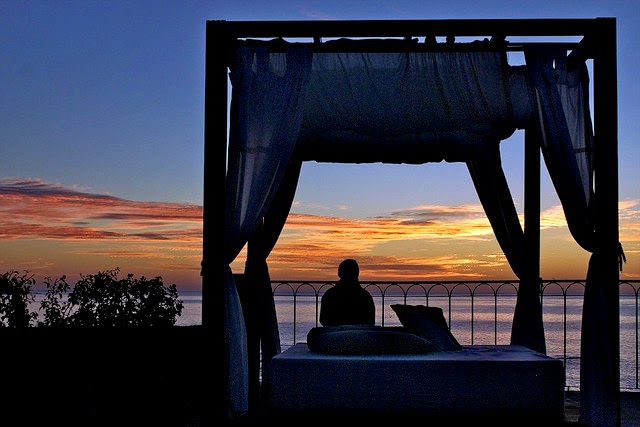 "On a recent evening at twilight, I was sitting on the grass in Regent’s Park - one of London’s most manicured public spaces - when I heard the fierce, melancholy sound of a lion’s roar. I wasn’t dreaming: it was coming from the zoo. Listening to it, I began to reflect on predators - and us.

On returning home, I did some reading. I discovered that between 1990 and 2004, lions attacked 815 people in Tanzania, killing 563. Some of the victims were pulled out of bed during the night after lions forced their way inside huts. Between January 2000 and March 2004, crocodiles in Namibia attacked 35 people, killing 23. In the 34 months from January 2005 to October 2007, leopards in the Indian state of Kashmir attacked 18 people, killing 16. In the Sundarban swamps of Bangladesh, tigers killed at least 20 people last year. Dig around, and you can also find records of deaths from attacks by bears, cougars, sharks and a number of other wild beasts.

It’s hard to imagine how terrifying such a death must be. To be asleep in bed and to wake to hear a rustling sound, to see an animal leaping, to feel its breath on your face - think of the sweat, the panic, the contraction of your gut, the pounding of your heart, the gasping screams. For many of our fellow creatures, such terrors are part of daily life: other animals exist in a world of threat that humans today rarely glimpse. These days, thankfully, we are not used to being hunted. Most of us are more likely to be struck by lightning than we are to die at the paws of a bear or the teeth of a shark. And so we spend little time in that dark, primeval place of alarm, fear, adrenaline and (perhaps) gory death. For us, death usually comes in other forms.

Of our ancient enemies, microbes are now the most fearsome. Indeed, next to the figures for viruses and other infectious agents, deaths caused by predators are barely worth mentioning. Just think: HIV/AIDS chalked up 2 million deaths across the planet in 2007 alone; tuberculosis was close behind, with more than 1,700,000. The year before, malaria escorted almost a million people to their graves. We should be far more scared of mosquitoes than we are of bears; but we’re not.

Why not? It’s hard to be sure, but my guess is that it has to do with the way our brains are wired up. Just as the moose fears the wolf and the chickadee the owl, we easily fear lions and bears because the connection between danger and the animal is clear and immediate. It is harder, I suspect, to evolve fear of a mosquito because the deadly fever it brings does not happen straight after the bite. Instead, there is a time delay of days, weeks or years. In fact, the connection between mosquito bites and malarial fever is so obscure that we weren’t sure of it until 1897. But our forebears have been making connections between predators and death for ages.

Although predators are not an important problem for most of us today, they surely were for our ancestors. Indeed, millions of years ago, fear of predators would have been one of the forces that caused our ancestors to evolve to live in groups. The seeds of our social lives were watered with blood and nurtured by the roar of the lion and the claw of the leopard.

More recently, however, it’s been the case that the mammal most likely to kill a human is: a human. Murder and war have long been more important causes of death for us than predatory wild animals. You can see it in the landscape. In northern Romania, monasteries were fortified against marauding armies, and painted inside and out with scenes of martyrs being massacred. Further south, in Transylvania, the churches were fortified to withstand siege. In northern India, almost every town has a fort. Southern France is littered with the ruins of fortified castles and towns. In English forests, you can often find the remnants of iron-age defenses. All traces of peoples defending themselves from attack. We are our own most fearsome predator, and have been so for thousands of years.

Some other animals are also important predators of themselves. A lion has more to fear from another lion than it does from any other animal but us. Males taking over a pride routinely kill all the cubs they can find, and lions from neighboring territories sometimes kill each other. Chimpanzees kill each other at an alarming rate; and they are far more aggressive towards each other on a daily basis than we humans are.

But here’s the thing. Today, in many parts of the world, the human being most likely to cause your violent death is: you. Yes. You are the person most likely to kill yourself violently and on purpose. Suicide rates have risen dramatically over the past 50 years. Worldwide, deaths from suicide now outnumber deaths from war and homicide together: the World Health Organization estimates that each year around one million people - predominantly men - kill themselves. The true number is probably higher, because for many countries there is no data. In some countries, suicide is now among the top ten causes of death. For the young, worldwide, it’s in the top five.

A huge effort has rightly been devoted to trying to understand the particular causes of suicide in different places - unemployment, drug addiction, relationship breakdown, intelligence, predisposing genes, what your mother ate while you were in the womb and so on. But here’s another way to look at it. No other animal does this. Chimpanzees don’t hang themselves from trees, slit their wrists, set themselves alight, or otherwise destroy themselves. Suicide is an essentially human behavior. And it has reached unprecedented levels, especially among the young.

I’m not sure what this means. But it has made me think. We live in a way that no other animal has ever lived: our lifestyle is unprecedented in the history of the planet. Often, we like to congratulate ourselves on the cities we have built, the gadgets we can buy, the rockets we send to the moon. But perhaps we should not be so proud. Something about the way we live means that, for many of us, life comes to seem unbearable, a long, melancholy ache of despair."
- http://judson.blogs.nytimes.com/
•
Olivia Judson, an evolutionary biologist, is the author of “Dr. Tatiana’s Sex Advice to All Creation: The Definitive Guide to the Evolutionary Biology of Sex,” which was made into a three-part television program. Ms. Judson has been a reporter for "The Economist" and has written for a number of other publications, including "Nature," "The Financial Times," "The Atlantic" and "Natural History." She is a research fellow in biology at Imperial College London.
Posted by CoyotePrime at 4:15 PM