"A Revision Of Belief" 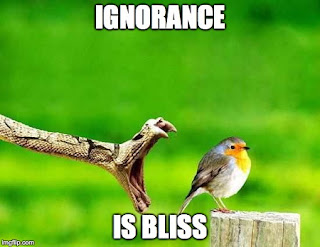 "Blowing Up: The Italian Debt Crisis,
the Experts That Missed it – And What’s Next"
by Palisade Research

"With the crisis unfolding in Italy, I can’t help but remember the lessons from the underrated book – "Fat Tail" by Ian Bremmer. This book is an excellent read and explains how political risks can lead to severe economic and social risks. But first, what exactly is risk? I sum it up into three things:

1. Probability – how likely is the risk to happen?
2. Impact – if it does happen, how big will the loss be?
3. Consequences – what is exposed to the impact, what are the second order effects (basically what’s the chain reaction from it)?

Once we know the three parts to risk, we can start to understand how it works and what will be affected. Bremmer’s book shows that throughout history, the government’s political risks – caused by their near-sighted policies – can lead to unknown monumental shifts and catastrophes.

“What do we mean by a ‘fat tail’? Fat tails are the unexpectedly thick ‘tails’ – or bulges – that we find on the tail ends of distribution curves that measure risks and their impact. They represent the risk that a particular event will occur that appears so catastrophically damaging, unlikely to happen, and difficult to predict, that many of us choose to simply ignore it." – Ian Bremmer, "Fat Tail."

For instance, in the mid-1700’s, England’s King George was facing severe financial problems. Because of the costly French and Indian War, the British Empire was deep in debt. They needed to generate revenue – and quickly. The Empire’s solution was to pass a series of new taxes designed to profit from the colonies in the 1760’s – the infamous ‘stamp act’ and ‘tea tax’. But these were wildly unpopular. And led to the colonies fighting for their independence in the American Revolution. To summarize: with simply trying to raise revenue and pay off their debts by placing relatively small taxes on the colonies, the British Empire ended up triggering a revolution that left them embarrassed, weakened, and poorer.

Today, the political risks in Italy have turned their financial world upside down. And in the mind of herd investors and financial ‘experts’, owning Italian bonds were safe and low risk – that is, until it wasn’t. From the perspective of the bond market – with how fast they re-priced everything, triggering massive losses – they clearly didn’t see any of the risks.

I can hear them all now... “No one could have seen this coming.” “Look, it’s not like anyone else was expecting this – it was a fluke.” “I’m sorry that we lost all your money, but everyone got burned from this – it wasn’t just our fund alone.”

But – were things really this unexpected? What about a week before Puerto Rico defaulted in 2016 or Greek in 2010? People were buying their bonds up until the final hours.

Studying the blow up in Italian bonds – I can’t help but rope in the ideas from another great thinker. Nassim Taleb and his ‘Turkey on Thanksgiving‘ Paradox. . . 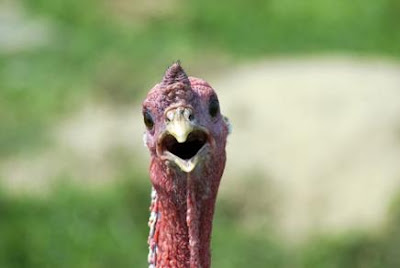 "Consider a turkey that is fed every day. Every single feeding will firm up the bird's belief that it is the general rule of life to be fed every day by friendly members of the human race 'looking out for its best interests,' as a politician would say. On the afternoon of the Wednesday before Thanksgiving, something unexpected will happen to the turkey. It will incur a revision of belief."
- Nassim Taleb

If you were to graph this, you would see an upwards sloping line. Investors and economic ‘experts’ can use fancy math and collect past data to make forecasts over the next five years – feeling confident things will continue. 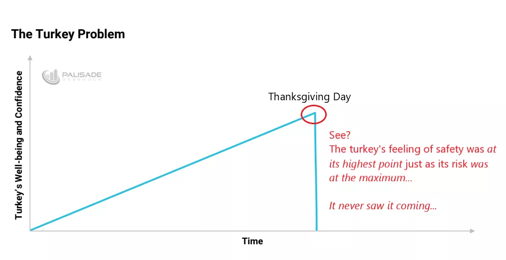 The irony was that with each passing day, the turkey felt his risks decreasing as it became
use to the daily routine. But, in reality, it’s risks are actually increasing as each day goes by.

So, looking back, the turkey was at peak well-being and confidence just as the risk was at its highest. The takeaway from all this is: don’t ever be the turkey..."
- https://www.zerohedge.com/
○
And for those who so confidently proclaim, "Oh, that could never happen here!"
See the top graphic? You're the bird...
Posted by CoyotePrime at 10:07 AM