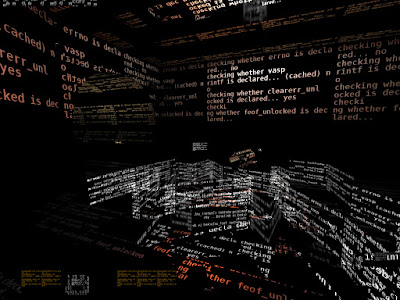 POITOU, FRANCE – "No big movement in the stock market yesterday. In politics, the Senate passed an $800 billion boondoggle for farmers. The feds promised to cover crop insurance costs and pay farmers if their harvests come in short. And Donald Trump ballyhooed a new factory lured to Wisconsin at a cost to the state of $230,000 per job. At that price, the state must lose money on every new job; maybe it can make it up on volume.

We once set up an office in a depressed area of Ireland. All we got was about $12,000 in tax abatements per job. Obviously, we should have read "The Art of the Deal "sooner! Otherwise, things were as quiet as a library.

Dark Matter: Here at our summer headquarters in western France, things have quietened down, too. Our thirteen (grand)nieces and nephews left yesterday. We put away the croquet set… gathered up the children’s books… and started the washing machine. Then, we sat down in the soft, French countryside… with a cool glass of rosé. At our side, collapsed on the grass next to our chair like a dead Gaul on the field of Alesia, was a copy of Michel De Jaeghere’s book, "The Last Days."

What follows is neither prediction nor analysis. We are not even connecting visible dots…Instead, we are having nightmare terrors in broad daylight.

Inspired by the frightening horrors of the fifth century… and nourished by the dreadful news coming from China and Silicon Valley… we sense the pull of some twenty-first-century “dark matter”… a gravitational force with no visible Earth… a trick played by evil gods.

Hidden War: You’ll recall that there is always a hidden war going on. On one side are the honest people who try to get along… by doing win-win deals with each other. These are the people who add to the world’s wealth, who say “please” and “thank you,” and who make the world a better place – by trying to make their own lives better.

Adam Smith described it more than 300 years ago. The baker doesn’t get up at 4am to light his oven because of his great love for mankind. He bakes for money… and feeds his neighbors. As if guided by an “invisible hand,” he tries to do well… and he does good.

Some of them do their win-lose deals outside the law – petty stick-up men and counterfeiters. More of them use the law itself – the administrative, regulatory, and crony apparatus of government – to get what they’re after.

Between the two sides, power is centralized… then dispersed… and then re-centralized. Typically, the win-losers (politicians, cronies, thieves, and connivers) gain ground when things are stable. Like parasites, they can get a good grip when the sow stands still. Typically, they overdo it. The poor beast weakens from blood loss. Then, it usually takes some calamity – war, revolution, plague, or bankruptcy – to shake the leeches off.

Some people believe the balance of power between the two groups depends largely on technology. When it is easy to attack and hard to defend, the win-lose aggressors have the upper hand. They centralize power in their own hands. When the balance of power goes the other way, and defending is easier, cooperation and win-win deals become more important. Power remains dispersed.

For instance, here in France is a medieval castle. Its walls are still in place… and its moat is still full of water. For centuries, it gave its chieftain and the local peasants under his protection a refuge… a fortress where they could protect themselves. 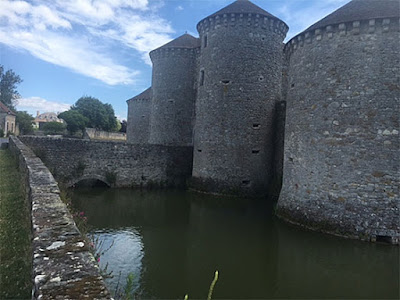 This area of Aquitaine must have been like Mad Max in the Dark Ages. The Pax Romana, a time of relative peace in the early decades of the Roman Empire, had long been destroyed by the fifth century.

There was nothing to replace it. Instead the bagaudae – an evolving, chaotic anarchy of fierce Germanic tribes, gangs of former slaves, deserters, half-starved peasants, mercenaries, barbarians, and cutthroats – roamed the countryside, fighting with each other, all desperate to steal whatever they could.

The walls gave the castle some protection. A determined enemy could still breach them… but it would require organization and preparation. An enemy army might lay siege, but that, too, would take a longer attention span than the rogues had available.

Usually, the defenders could pull down their pants, moon their enemies, and wait for them to go away. Their crops would have been stolen, their fields destroyed, and their houses burned… but at least they would be alive. And power remained dispersed… in hundreds or thousands of little, independent strongholds protected by their walls.

Technology played a big role in the U.S. War Between the States, too. The South won most of the battles. Was it because its soldiers were so much better trained and its officers so much smarter? Maybe. But more likely, it was because it was fighting what was fundamentally a defensive war, and technology had swung in its favor.

Improvements in riflery over the previous 50 years gave Confederate marksmen a range of 250 yards, on average. A good shot could kill a man at 800 yards. And armed with an English Whitworth rifle, a sharpshooter could take him down at 1,000 yards.

The way to win a battle was not to attack, but to get down into a trench or behind a stone wall, and let the enemy make a mistake. But it took time to learn that lesson. And many mistakes were made. In the 1864 Battle of Spotsylvania Courthouse, Union General John Sedgwick came up to his troops, who had ducked into a ditch to avoid enemy fire. “I’m ashamed of you,” he said to them. “They couldn’t hit an elephant at this range.” Seconds later, Sedgewick fell from his saddle, a bullet hole below his left eye.

“Never interfere when your enemy is making a mistake,” said Napoléon. But while better rifles had given defenders an edge on the battlefield, it was not enough to overcome other technological innovations. In the North, the Yankees were reverse engineering English factories. An industrial revolution was beginning. It would help the Union push aside the South’s defenses and then consolidate power for the next 150 years.

Fewer Parasites: And now what? Do the electronic breakthroughs of the late twentieth and early twenty-first century mean more freedom and fewer parasites? Or will they give the win-losers new power to control, manipulate, and meddle? Power to the center… or dispersed?

As recently as 10 years ago, it looked as though the new digital innovations would work in favor of smaller government and against Washington – with crypto currencies, airbnb, Uber, PayPal, and other disruptions. But now, with facial recognition, location trackers, social credit scores, cashless societies, and Big Data…our daytime nightmare begins. Stay tuned."
- https://bonnerandpartners.com/
Posted by CoyotePrime at 11:38 AM