“How Long Can the Federal Reserve Stave Off the Inevitable?” 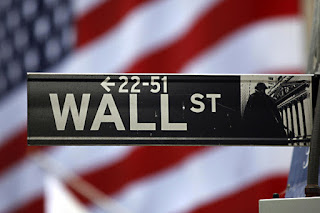 “How Long Can the Federal Reserve Stave Off the Inevitable?”
by Dr. Paul Craig Roberts

Six years ago when I was writing “The Failure of Laissez Faire Capitalism,” I concluded on the evidence that half of US imports from China consist of the offshored production of US corporations. Offshoring is a substantial benefit to US corporations because of much lower labor and compliance costs. Profits, executive bonuses, and shareholders’ capital gains receive a large boost from offshoring. The costs of these benefits for a few fall on the many—the former American employees who formerly had a middle class income and expectations for their children.

In other words, to put it in the most simple and clear terms, millions of Americans lost their middle class jobs not because China played unfairly, but because American corporations betrayed the American people and exported their jobs. “Making America great again” means dealing with these corporations, not with China. When Trump learns this, assuming anyone will tell him, will he back off China and take on the American global corporations?

The loss of middle class jobs has had a dire effect on the hopes and expectations of Americans, on the American economy, on the finances of cities and states and, thereby, on their ability to meet pension obligations and provide public services, and on the tax base for Social Security and Medicare, thus threatening these important elements of the American consensus. In short, the greedy corporate elite have benefitted themselves at enormous cost to the American people and to the economic and social stability of the United States.

The job loss from offshoring also has had a huge and dire impact on Federal Reserve policy. With the decline in income growth, the US economy stalled. The Federal Reserve under Alan Greenspan substituted an expansion in consumer credit for the missing growth in consumer income in order to maintain aggregate consumer demand. Instead of wage increases, Greenspan relied on an increase in consumer debt to fuel the economy.

The credit expansion and consequent rise in real estate prices, together with the deregulation of the banking system, especially the repeal of the Glass-Steagall Act, produced the real estate bubble and the fraud and mortgage-backed derivatives that gave us the 2007-08 financial crash.

The Federal Reserve responded to the crash not by bailing out consumer debt but by bailing out the debt of its only constituency—the big banks. The Federal Reserve let little banks fail and be bought up by the big ones, thus further increasing financial concentration. The multi-trillion dollar increase in the Federal Reserve’s balance sheet was entirely for the benefit of a handful of large banks. Never before in history had an agency of the US government acted so decisively in behalf only of the ownership class.

The low interest rates also encouraged corporate boards to borrow money in order to buy back the corporation’s stock, thus raising its price and, thereby, the bonuses and stock options of executives and board members and the capital gains of shareholders. In other words, corporations indebted themselves for the short-term benefit of executives and owners. Companies that refused to participate in this scam were threatened by Wall Street with takeovers.

Consequently today the combination of offshoring and Federal Reserve policy has left us a situation in which every aspect of the economy is indebted—consumers, government at all levels, and businesses. A recent Federal Reserve study concluded that Americans are so indebted and so poor that 41 percent of the American population cannot raise $400 without borrowing from family and friends or selling personal possessions.

A country whose population is this indebted has no consumer market. Without a consumer market there is no economic growth, other than the false orchestrated figures produced by the US government by under counting the inflation rate. Without economic growth, consumers, businesses, state, local, and federal governments cannot service their debts and meet their obligations.

Normally so much money creation by the Federal Reserve, especially in conjunction with such a high debt level of the US government and also state and local governments, consumers, and businesses, would cause a falling US dollar exchange rate. Why hasn’t this happened?

For three reasons. One is that the central banks of the other three reserve currencies—the Japanese central bank, the European central bank, and the Bank of England—also print money.  Their Quantitative Easing, which still continues, offsets the dollars created by the Federal Reserve and keeps the US dollar from depreciating.

A second reason is that when suspicion of the dollar’s worth sends up the gold price, the Federal Reserve or its bullion banks short gold futures with naked contracts. This drives down the gold price. There are numerous columns on my website by myself and Dave Kranzler proving this to be the case. There is no doubt about it.

The third reason is that money managers, individuals, pension funds, everyone and all the rest had rather make money than not. Therefore, they go along with the Ponzi scheme. The people who did not benefit from the Ponzi scheme of the past decade are those who understood it was a Ponzi scheme but did not realize the corruption that has beset the Federal Reserve and the central bank’s ability and willingness to continue to feed the Ponzi scheme.

As I have explained previously, the Ponzi scheme falls apart when it becomes impossible to continue to support the dollar as burdened as the dollar is by debt levels and abundance of dollars that could be dumped on the exchange markets.

This is why Washington is determined to retain its hegemony. It is Washington’s hegemony over Japan, Europe, and the UK that protects the American Ponzi scheme. The moment one of these central banks ceases to support the dollar, the others would follow, and the Ponzi scheme would unravel. If the prices of US debt and stocks were reduced to their real values, the United States would no longer have a place in the ranks of world powers.

The implication is that war, and not economic reform, is America’s most likely future.

In a subsequent column I hope to explain why neither US political party has the awareness and capability to deal with real problems.”
- https://www.globalresearch.ca/
Posted by CoyotePrime at 1:55 PM