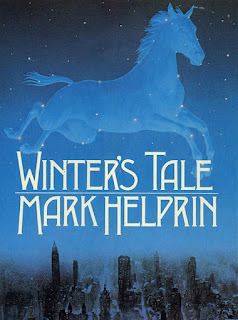 "Nothing is random, nor will anything ever be, whether a long string of perfectly blue days that begin and end in golden dimness, the most seemingly chaotic political acts, the rise of a great city, the crystalline structure of a gem that has never seen the light, the distributions of fortune, what time the milkman gets up, the position of the electron, or the occurrence of one astonishing frigid winter after another. Even electrons, supposedly the paragons of unpredictability, are tame and obsequious little creatures that rush around at the speed of light, going precisely where they are supposed to go. They make faint whistling sounds that when apprehended in varying combinations are as pleasant as the wind flying through a forest, and they do exactly as they are told. Of this, one is certain.

And yet, there is a wonderful anarchy, in that the milkman chooses when to arise, the rat picks the tunnel into which he will dive when the subway comes rushing down the track from Borough Hall, and the snowflake will fall as it will. How can this be? If nothing is random, and everything is predetermined, how can there be free will? The answer to that is simple. Nothing is predetermined, it is determined, or was determined, or will be determined. No matter, it all happened at once, in less than an instant, and time was invented because we cannot comprehend in one glance the enormous and detailed canvas that we have been given - so we track it, in linear fashion piece by piece. Time however can be easily overcome; not by chasing the light, but by standing back far enough to see it all at once. The universe is still and complete. Everything that ever was is; everything that ever will be is - and so on, in all possible combinations. Though in perceiving it we image that it is in motion, and unfinished, it is quite finished and quite astonishingly beautiful. In the end, or rather, as things really are, any event, no matter how small, is intimately and sensibly tied to all others. All rivers run full to the sea; those who are apart are brought together; the lost ones are redeemed; the dead come back to life; the perfectly blue days that have begun and ended in golden dimness continue, immobile and accessible; and, when all is perceived in such a way as to obviate time, justice becomes apparent not as something that will be, but something that is."
- Mark Helprin, "Winter's Tale"