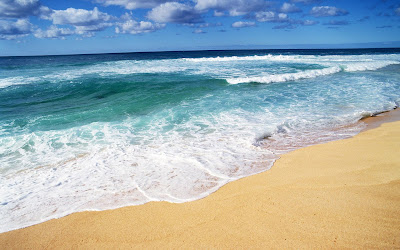 "On the Beach"
by James Howard Kunstler

"Comes August now, the month of vacancy, idleness, the slap and hiss of waves on sand, furtive romance on the dunes, perhaps, sweet corn, country roads, and county fairs, and more furtive romance, perhaps, on a blanket in the high meadow under a blood moon - and respite from the hellish host of foolish ideas, dark trends, and bad faith driving life in this demolition derby of a nation.

If one word defines the preoccupying affairs of the USA these days it’s tiresome. The entire population seems to be enacting the old myth of Sisyphus, every, man, woman, child, swamp-creature, and non-binary child-of-God in the land, legal and undocumented, pushing that boulder uphill to the tippy top, only to have it roll back down to the bottom… repeat ad infinitum.

Take Mr. Robert Mueller, for example, the sphinx-like figure looming over the political landscape with his lawyer’s attaché case full of radioactive secrets. He has already done yeoman’s service in his mission by indicting two dozen Russian Facebook trolls and Internet hackers - who will never be extradited or set foot in a US courtroom, sparing taxpayers the expense of trying them (and testing the theory of “collusion” with the current POTUS). It’s a little hard to picture old horse-face popping a third beer at the clambake, let alone the stories he might tell around the fire (with necessary redactions). When he awakes hung over in the sand the next morning to the shrieking gulls, next to someone not-his-wife, will he be overwhelmed with regret for a year spent chasing gremlins from the Kremlin? The public appears to be good and goddamn sick of him. Even The New York Times has stopped squealing about Russia. Standing by for September histrionics…

Have we reached Peak Sexual Confusion in America? Maybe it’s time we stopped handing out brownie points to people who don’t agree with some of the fundamental conditions of being a mammal, such as the apportionment of X and Y chromosomes. Of course the big idea behind that is the crypto-Gnostic wish to transcend nature, human nature especially, and fly away to the liberating vales of some boundary-less utopian ether where nobody has to be anything in particular - or else in a constant state of transformational flux, like the computer-graphic imagery that saturates our movies. Life without boundaries, I think we’ll discover, is not the Great Idea it’s been cracked up to be. I suspect the groups behind this fad are finally fresh out of new astonishments.

Had enough reverse racism? I know I have. All this howling about the horror of the white patriarchy. It will be interesting to see how the world gets on when that force of wickedness is finally vanquished. No more annoying string quartets, tedious dental implants, boring brass bushings, or hopeless theories of surplus value. Thank God for that. The unburdened public can finally give its full attention to hair care and dieting. When women and people-of-color fill all the seats in congress we can look forward to the glorious day when the USA is run as well as Baltimore.

The buzzword harkening to Democratic Party big dawgs on the Hampton lawns and the briny bluffs of Martha’s Vineyard is Universal Basic Income, the suddenly amazing proposal to put the whole country on welfare. I’m all for it - as long as we can get the Martians to pay for it. Why not? A thousand bucks a month just for walking-around money? Wahoo! You could help pump the GDP a little more by taking that dough to the nearest casino and investing it in the excellent economy-building activity known as blackjack. With a little luck, you might increase your nut sufficiently to get that longed-for sex reassignment surgery, to correct the clerical error that the stork made when you were dropped down the chimney.

Well, these are, after all, only my own personal August fantasies. I await September with as much excitement as all y’all. But I’m not going anywhere. I’m lashing myself to the mast and awaiting heavy seas."
- http://kunstler.com/
Posted by CoyotePrime at 11:17 AM