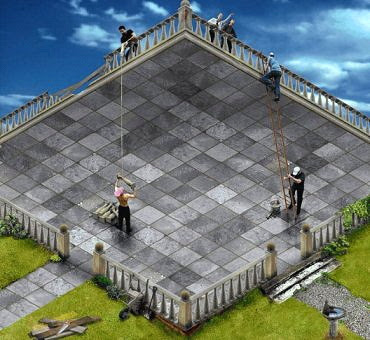 "Reality In Fragments"
by Alex Noble

"You suggest a course of action to a friend and it turns out to be wrong. What then? Console yourself with the fact that you meant well. To move through contemporary life is to navigate perilous waters. Consider the man who felt a pain in his left wrist. They took x-rays, and the report came back that he had three broken ribs and a fractured collarbone. He was incredulous. Still, he let them tape him up in a cast that reached from his ears to his waist. Actually, what had happened was that a lab technician who had had too much to drink the night before had mixed up the prints. The man who really had three broken ribs and a fractured collarbone was told that he was a hypochondriac who only had a sprained wrist. So it goes.

Confusion can also result from the use of words in daily conversation. For example, one says, "I love you." The meaning that is received is "I love only you," whereas what was meant was more nearly, "There are several whom I love and you are one of them." All of which illustrates the fact that anything we do can go in several directions for any number of reasons, none of which could have been predicted when we started out. However, the fragments of memory that find their way to the surface of thought are not unpleasant: rain washed city streets reflecting red lights, then green, then yellow, then red again; autumn in the country; the shadowed windows of abandoned farmhouses; a landscape seen from a train window; the moon rising; light falling through the cracks in an old barn in Maine; weeds sticking up through the snow. We catch reality in fragments, and then say it deceives us. But it is not that way at all."
Posted by CoyotePrime at 2:22 AM