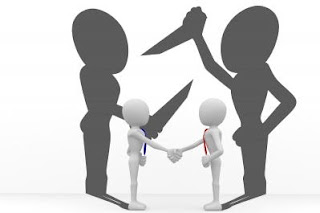 "There’s a simple reason that the old US Ship-of-State has turned into a garbage barge of toxic politics: both sides are operating in obviously bad faith - making arguments and taking positions that they know are false - and it’s been on full display this past week.

For instance, the Trump rally in Evansville, Indiana, Thursday night. The Golden Gloating Golem of Greatness presided over the spectacle in full gloatissimo mode, playing his audience of economic losers like a Hammond B-3 organ at a roller rink. His performance was oddly like the sort of rant that Uber drivers must suffer through with a fare who has been tweaking cocaine for three days en route to a funeral or a foreclosure. And, yes, I know that the President is said to abstain from mind-altering substances, but it appears that his mind has been sufficiently altered by his bizarre life experience to produce a similar effect. How else could he stand before an audience of millions (if you include the folks watching TV) and bellow, “I’m president and they’re not!”

Radiating anger and, at times, actual malice, Mr. Trump presented exactly the lack of couth that drives his hypothetically more refined “blue” enemies up a tree. His rhetorical skills have not improved since 2016, but his demagogic self-confidence soars as he unwittingly launches himself into a one-man Space Force flying too close to the sun, claiming that he has magically made America great again, mission accomplished! Even the live audience of Hoosier clods appeared strangely restive and unconvinced after an hour of this bellowing, and one got a sense of Mr. Trump slip-sliding towards Hubrisville like some ass-clown pol in a Coen Brothers’ movie about to be run out of the grange hall on a rail.

His error: taking “ownership” of a financialized economy of hallucinated markets run by out-of-control algo robots into a twilight zone of default and insolvency. The “red” and “blue” constituencies at war with each other are essentially the losers and winners in this depraved system. When the hallucination dissolves, the winners will be the new losers and the old losers will be looking to string them up. That scenario remains to be played out as we say our official goodbyes to summer this holiday weekend and turn the corner into portentous autumn.

On the “blue” side of things, mendacity rules as usual lately, especially in the Deep State septic abscess that the Russia probe has become. Department of Justice official Bruce Ohr, twice demoted but still on the payroll, went into a closed congressional hearing and apparently threw everybody but his mother under the bus, laying out an evidence trail of stupendous, flagrant corruption in that perfidious scheme to un-do the election results of 2016. Most amazingly, it was revealed that Mr. Ohr had not been called to testify by special counsel Robert Mueller nor by the federal prosecutor John Huber, who is charged with investigating the FBI / DOJ irregularities surrounding the Russia probe. It is amazing because Mr. Ohr is precisely the pivotal figure in what now looks like an obvious conspiracy to politically weaponize the agencies against the Golden Golem. An awful lot of people have some ‘splainin’ to do on that one, starting with the Attorney General and his deputy. Who will put it to them?

The New York Times, once known as the Newspaper of Record, continued to ignore that story. Their bad faith specialty these days is stoking the fires of race war under the pretense of “social justice.” For instance, the op-ed piece they ran today (Friday) titled "The Religion of Whiteness Becomes a Suicide Cult." It’s hard to imagine a better way to send those Hoosier clods to the gun cabinet - and not to blow their own brains out, either, but to hunt down the very Wokesters who openly pledge to exterminate them. This isn’t even “fake news.” It’s more like racist sedition."
- http://kunstler.com/
Posted by CoyotePrime at 12:31 PM