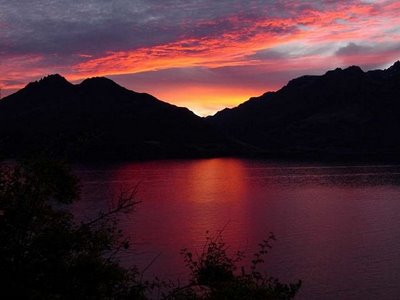 "It"
by Chet Raymo

"A Howard Nemerov poem might be twelve pages long or twelve words long. He was equally adept at the epic and the aphorism. He could be serious or fun. Sometimes both at the same time. Consider the following poem, called "A Life," which I quote in its entirety. (How does "fair use" apply to something so short?)
"Innocence?
In a sense.
In no sense!

Now I hear my spouse's voice whispering in my ear: What's all this musing about death lately? Why all this late-life pessimism? Your blog is becoming morbid. Morbid? Not really. I don't yet feel the Grim Reaper's cold breath on my neck. But surely it's that time of life to begin a summing up. I don't want to expire mid-sentence, with an unfinished thought...

So, was it innocent? In a sin? In a sense. Not Original Sin, perhaps, but plenty of my own devising. No sin? Nonsense.
It. What?