Chet Raymo, "What Does It All Mean?" 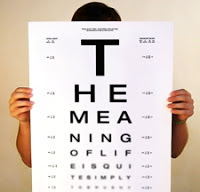 "What Does It All Mean?"
by Chet Raymo

"A good friend tells me via e-mail that she is reading Leo Tolstoy's "Anna Karenina." I read the book for a second time two years ago, in the new translation by Richard Pevear and Larissa Volokhonsky. It's one of those novels I had to read twice - once in middle age (I would not have had the patience in youth) and once in settled maturity. In middle age, it was all about Anna, and passion, and doubt. In old age - for me at least - it's about Levin, settled, happily married, enjoying as much intellectual peace as might be possible in this big, sprawling epic of a world.

The book ends with Levin on the terrace of his house under a starry sky. Away on the horizon a storm has gathered and lightning flashes. He meditates on his Christian faith and its ethical imperatives, and on the vast and seemingly indifferent universe of nebulas and distances spread out before his eyes. He thinks about how it is that the stars appear to move, when in fact it is the Earth that turns under the sky. And he thinks too about how a moral imperative is apparently part of the human condition, as much so for the Jew, the Muslim, the Confucian, the Buddhist - and, one must suppose, the secular agnostic - as for the Christian. The accident of Christian faith make as little difference to the moral trajectory of his life as does the question of whether it is the stars or the Earth that turns.

In the last words of the novel, Levin muses: "There will be still the same wall between the holy of holies of my soul and other people, even my wife; I shall still go on scolding her for my own terror, and being remorseful for it; I shall still be as unable to understand the mystery of existence, and I shall still go on attending to the mystery; but my life now, my whole life apart from anything that can happen to me, every minute of it is no more intrinsically meaningful or meaningless than it was before, but it still has the positive meaning of goodness which I have the power to put into it."
- http://blog.sciencemusings.com/
Posted by CoyotePrime at 6:18 PM