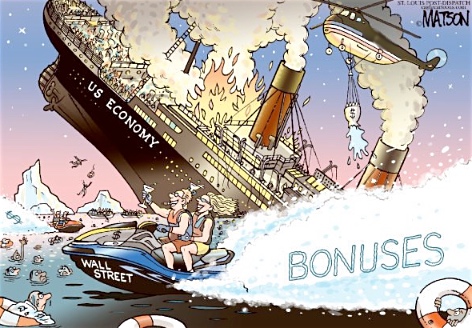 "Then you will see the rise of the men of the double standard - the men who live by force, yet count on those who live by trade to create the value of their looted money - the men who are the hitchhikers of virtue. In a moral society, these are the criminals, and the statutes are written to protect you against them. But when a society establishes criminals-by-right and looters-by-law - men who use force to seize the wealth of disarmed victims - then money becomes its creators' avenger. Such looters believe it safe to rob defenseless men, once they've passed a law to disarm them. But their loot becomes the magnet for other looters, who get it from them as they got it. Then the race goes, not to the ablest at production, but to those most ruthless at brutality. When force is the standard, the murderer wins over the pickpocket. And then that society vanishes, in a spread of ruins and slaughter.
Do you wish to know whether that day is coming? Watch money. Money is the barometer of a society's virtue. When you see that trading is done, not by consent, but by compulsion - when you see that in order to produce, you need to obtain permission from men who produce nothing - when you see that money is flowing to those who deal, not in goods, but in favors - when you see that men get richer by graft and by pull than by work, and your laws don't protect you against them, but protect them against you- when you see corruption being rewarded and honesty becoming a self-sacrifice - you may know that your society is doomed."
An excerpt from “Atlas Shrugged,” by Ayn Rand.
Full text of “Francisco’s Money Speech” is here:
- http://capitalismmagazine.com/2002/08/franciscos-money-speech/
○ 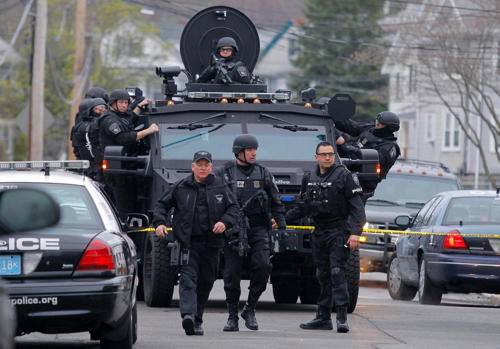 "Did you really think that we want those laws to be observed?" said Dr. Ferris. "We want them broken. You'd better get it straight that it's not a bunch of boy scouts you're up against - then you'll know that this is not the age for beautiful gestures. We're after power and we mean it. You fellows were pikers, but we know the real trick, and you'd better get wise to it. There's no way to rule innocent men. The only power any government has is the power to crack down on criminals. Well, when there aren't enough criminals, one makes them. One declares so many things to be a crime that it becomes impossible for men to live without breaking laws. Who wants a nation of law-abiding citizens? What's there in that for anyone? But just pass the kind of laws that can neither be enforced nor objectively interpreted - and you create a nation of law-breakers - and then you cash in on guilt. Now that's the system, Mr. Rearden, that's the game, and once you understand it, you'll be much easier to deal with."
- "Atlas Shrugged," Ayn Rand, 1957.
○ 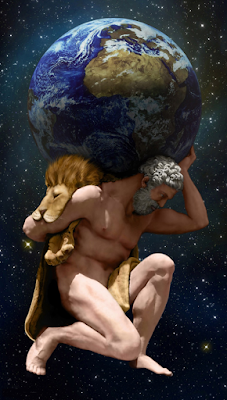 "If you saw Atlas, the giant who holds the world on his shoulders, if you saw that he stood, blood running down his chest, his knees buckling, his arms trembling but still trying to hold the world aloft with the last of his strength, and the greater his effort the heavier the world bore down upon his shoulders - what would you tell him to do?"
"I... don't know. What could he do? What would you tell him?"
"To shrug."
- Ayn Rand, “Atlas Shrugged”