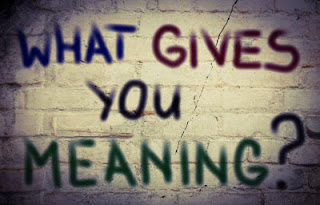 "The human species has inhabited this planet for only 250,000 years or so - roughly .0015 percent of the history of life, the last inch of the cosmic mile. The world fared perfectly well without us for all but the last moment of earthly time - and this fact makes our appearance look more like an accidental afterthought than the culmination of a prefigured plan.

Moreover, the pathways that have led to our evolution are quirky, improbable, unrepeatable and utterly unpredictable. Human evolution is not random; it makes sense and can be explained after the fact. But wind back life’s tape to the dawn of time and let it play again - and you will never get humans a second time.

We are here because one odd group of fishes had a peculiar fin anatomy that could transform into legs for terrestrial creatures; because the earth never froze entirely during an ice age; because a small and tenuous species, arising in Africa a quarter of a million years ago, has managed, so far, to survive by hook and by crook. We may yearn for a ‘higher’ answer - but none exists. This explanation, though superficially troubling, if not terrifying, is ultimately liberating and exhilarating. We cannot read the meaning of life passively in the facts of nature. We must construct these answers ourselves - from our own wisdom and ethical sense. There is no other way."
- Stephen Jay Gould