"Perpetual Abuse in the Catholic Church" 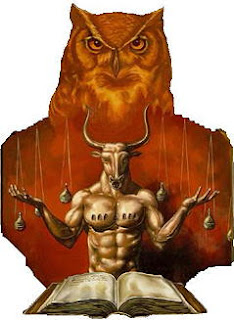 "Perpetual Abuse in the Catholic Church"
by Paul Rosenberg

"Before I get to details, let me be clear that I am not trying to destroy the Church, and I’m certainly not criticizing individual Catholics, most of whom are decent human beings and good neighbors. (And the victims in this as well.) The Church has a problem… a huge problem. Furthermore, the problem is very old and will never go away until its cause is removed. So long as the cause remains, the effects will forever follow. Scribbles on official papers have no chance of changing it.

Pittsburgh: By now you’ve probably heard about the big new scandal: Some 300 priests abused some 1000+ boys and girls in Pennsylvania. You can find the heroic report here. I have to add, however, that the story has been given rather spotty coverage. Several major outlets covered it very little or not at all.

The report linked above did an excellent job of explaining how these things are covered up by the Church. It goes like this:

2. Assign fellow clergy members to make credibility determinations about the colleagues with whom they live and work.

3. Send priests for “evaluation” at church-run psychiatric treatment centers. Allow these so-called experts to “diagnose” whether the priest is a pedophile. Base these determinations largely on the priest’s “self -reports,” regardless of whether the priest has actually engaged in sexual contact with a child.

4. When a priest is removed, don’t explain. Tell his parishioners that he’s on “sick leave” or suffering from “nervous exhaustion.” Or say nothing at all.

5. Even if a priest is raping children, keep providing him housing and living expenses, although he may be using these resources to facilitate more sexual assaults.

6. If a predator’s conduct becomes known to the community, don’t remove him from the priesthood. Instead, transfer him to a new location where no one will know he is a child abuser.

7. Above all, don’t tell the police. Handle it as a personnel matter.

But these revelations, as disgusting as they are, are merely the most recent. (See other recent revelations here.) This has been going on for roughly a thousand years, continuously. And so long as celibacy requirements remain, this will continue and nothing will stop it. Consider this, please: Celibacy weaponizes sexual urges. It also drives normal young men away from the priesthood, leaving a high percentage of damaged or corruptible young men in their wake. If the Church cracks down too hard on abusive clergy, they may run out of priests (there’s already a significant shortage in the US), and the continuation of the Church comes into question.

Like it or not, that’s the situation, and it has been this way since celibacy became required (in stages, from about 305 AD to 1139 AD). And it continues unabated. It will not stop so long as celibacy is required for Catholic priests. And for those who didn’t know, celibacy was not promoted by Jesus. Furthermore, some of the apostles (including St. Peter) were married.

My Stories: I’ve been close to Catholics and Catholicism most of my life, and I’ve accumulated stories along the way. Since stories of this kind never receive public attention, I want to share them here.

The half-married priest: I used to live down the hall from a devout Catholic mother and daughter. And over time, I couldn’t help noticing that after Sunday services, a particular priest would come to their house for lunch. He’d also stop in certain afternoons… times at which the mother would be away for some hours. Clearly, the priest and the daughter were a couple. In fact, they were a long-term, loving couple. I felt sorry for them. They were both decent people but were condemned to a life in the shadows, and they would never have a normal family. This was, sad to say, one of the best cases, in which all the sexual activity was voluntary, even if potentially shaming and certainly difficult to reconcile with what these people called holy.

The seminaries of the 1970s: I knew a woman from a Catholic family whose younger brother decided to become a priest. After three weeks at the seminary, his mother went for a visit, whereupon he told her, “Get me out of here, now!” Horrified, the mother, a devout Catholic who’d been very proud that her son would become a priest, said she couldn’t and demanded to know why. “They’re all queers,” said the son, vehemently. The mother, doubly horrified, insisted that it could not be so. “Take me to a doctor and have him examine me!” shouted the son. The mother, to her credit, did take the boy to a doctor. Then she confronted Church officials and had the boy excused from the seminary, contrary to the rules. And if I recall correctly, the other children in the family got free schooling from then on. No one was punished of course, and the matter disappeared.

The abuser with improbable connections: I had some business dealings with a former priest who was tried in a high-profile sex abuse case. But I didn’t know who he was at the time; I met him in my normal course of business and thought no more about it until someone alerted me to the fact. Somehow, this man went directly from his parish to run a fairly large industry association… apparently with no experience in the industry at all. How that could happen is an intriguing question.

It’s Always the Poor Kids: Before I conclude, I want to point out that the kids who are abused are nearly always from poor and/or broken families. Abusers don’t go after rich kids whose parents have the resources to fry them. So, the poor are set up to be victimized yet again… by self-avowed “advocates for the poor.”

So… I want to state the obvious one more time: It is the celibacy requirement that’s driving the sexual abuse of poor, weak, and especially, young Catholics… and has been driving it for some 1,000 years. So long as this cause remains, its effects will remain. Period. Celibacy had no root whatsoever in early Christianity. At this point it remains only because giving it up would diminish the honor of the Church. And so, with each passing year, more children will be sacrificed (that is, destroyed) for the honor of the Church.

At what point do we start crying, “Moloch”?
- www.freemansperspective.com
○
"The molesting of a child is the murdering of a soul."
- Michael Reagan

There is no Hell hot enough, and death is too merciful for these monsters...
Posted by CoyotePrime at 2:32 PM