“The Fall and Decline of the English Language” 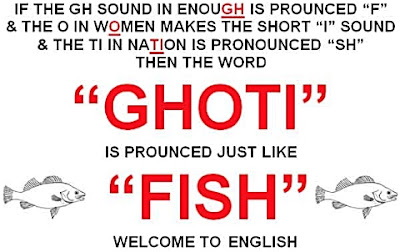 “The Fall and Decline of the English Language”
by A. Barton Hinkle

“Among the many factors adduced to explain the rise of Donald Trump, the most important has been left unnoted: the devolution of the English language. Evidence of that devolution lies everywhere. On a recent Monday, for instance, the Drudge Report ran this headline: "Suspect preplanned to interrupt Dayton rally..." You know a suspect is serious when he not only plans an interruption, but preplans it.

"Preplan" is one of those redundancies, like "added bonus" or "general vicinity" (or "annoying newspaper columnist") that defies explanation. But its frequency, like the frequency of those other redundancies, has increased in recent decades. (See for yourself by analyzing word usage in Google Books' Ngram Viewer.)

Redundancies - which occur when people express the same idea more than once using different words - are a sign of lazy thinking, which leads to the repetition of concepts, often using slightly different terminology.

Trump employs many redundancies. During one of the Republican presidential debates, he observed that "millions and millions of people are going out to the polls and they're voting." As opposed to, say, going out to the polls and swimming laps. During that debate Trump also said, "We're going to come up with solutions. We're going to find the answers to things." Solutions and answers? Wow.

And then there was this: "We have a serious, serious problem of hate. There is tremendous hate. There is tremendous hate. Where large portions of a group of people, Islam, large portions want to use very, very harsh means. Let me go a step further. Women are treated horribly. You know that. You do know that. Women are treated horribly, and other things are happening that are very, very bad."

We could go on and on, but space is short and short, and this is not the only data point to consider. Take "as such." It is supposed to mean roughly, "belonging to or having the characteristics of the previously mentioned category." Example: "Cinnamon is a stripper and, as such, meets a lot of politicians." When "as such" is used properly, you should be able to answer the question "as what?" The Salt Lake Tribune used the expression correctly in a recent headline: "Hate crimes are terrorism, and should be seen as such."

Unfortunately, somewhere along the way people started using "as such" as a synonym (Cinna-nym?) for "therefore." Thus when former Virginia Gov. Bob McDonnell (R) sought bail, federal prosecutors wrote that he "received a fair trial and was duly convicted by a jury of his fellow Virginians. This Court had no cause to undo what has been done. And neither will the Supreme Court. As such, defendant's motion... should be denied." As what?'

Some dictionaries call this improper use of "as such" colloquial, which is a synonym for wrong. Others refer to it as vulgar - a term that comes from the word Vulgarian, referring to a group of nomadic German peoples during the Dark Ages who hated Mexicans and liked to punch protesters at political rallies.

And yet redundancies and the misuse of "as such" are relatively benign symptoms compared to emoticons, which have proliferated in recent years. Emoticons provide a handy way of expressing a sentiment without the tedious labor of finding the words for it, and they have the virtue of brevity. There is a world of difference between an email reading, "David just got fired" and one reading, "David just got fired :-) "

But while emoticons add immediacy, they subtract color and nuance. There is also a world of difference between "David just got fired :-) " and "David - that smarmy, simpering, walking bottle of warm yellow pus - just got fired. Hallelujah!"

Emoticons are knee-jerks; like many of Trump's supporters, they express reactions rather than thoughts. So it should come as no surprise that a society in which emoticons are a popular mode of communication would see the rise of a candidate whose policy ideas contain all the detail and refinement of a Mr. Yuck poison label.

Language, by contrast, evolved to convey complexity; sloppy language thus indicates sloppy thinking - as when Trump told Anderson Cooper, "Sometimes they'll say Donald Trump wants single payer because there's a group of people - as good as these plans are and by the way your insurance will go way down, you'll have better plans, you'll get your own doctor, which Obama lied."

The decline of language is a political issue. Orwell noted this in a famous essay and illustrated it in fiction, while Gibbon noted it in fact. In 1984, the Party expunges words from the dictionary to exert control over the public mind. And in his Decline and Fall of the Roman Empire, Gibbon observes that the sacking of Rome by Aleric was directly related to the manner in which a complacent Roman citizenry ceased to rely on the locative case and settled for the ablative - "which grammatical indolence the Visigoths used to mock the forces of the Eternal City mercilessly. The execution of this strategem left the Roman forces daunted and demoralized, and the city open to the insinuation of the Barbarian hordes."

This isn't to say that bad grammar kills. No, wait - yes it is. It totally is. Don't say you haven't been warned.”
- https://reason.com/
Posted by CoyotePrime at 7:48 PM

Email ThisBlogThis!Share to TwitterShare to FacebookShare to Pinterest
Labels: A. Barton Hinkle