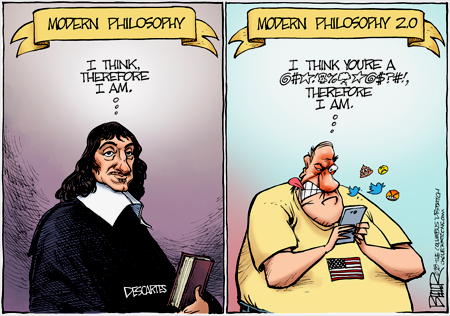 Any medium can be used for good or evil and I’m of the belief that Twitter is used mostly for evil, such as spewing venom – anonymously in many cases – at those with whom we disagree, disseminating false or misleading information, destroying people’s reputations, among other things. This is why I no longer have a Twitter account. Or, to break it down even further, consider basketball great Charles Barkley’s perspective: “Social media is where losers go to feel important.”

Barkley’s Exhibit A this week is Christmas decorations, specifically Melania Trump’s Christmas decorations. As predictable as the eastern sunrise, Twitter has officially weighed in, much to the delight of left-leaning media outlets. It seems the Twitterverse has taken issue with the First Lady’s red Christmas Trees. Imagine, red on Christmas. Oh, the horror!

Time ran a lifestyle piece which was basically a forum for tweeters who happen to despise the First Lady’s husband and are using her choice of Christmas decorations to take a few more gratuitous shots. “How festive! Melania’s trees are covered in blood this year!” “The image of Melania walking alone through the bloody handmaid trees seriously made my morning.” “These white house xmas decorations are infested with demons.” You get the picture.

Last year, you might remember, the first lady was roundly criticized for her white Christmas trees. White, red or Brazilwood, it wouldn’t matter. Why? For an answer, I go where I always go in moments of deep despair that require unique insight and perspective – to Pat Sajak. “If she were married to someone the media approved of, it would be all Melania all the time,” said Sajak, in response to the critical tweets. “Every move would be breathlessly recorded and every outfit would be featured in multiple publications.”

Of course, Sajak is right. Those who don’t believe that are either living in an anger-induced state of denial or simply not paying attention. Criticism comes with being a public figure. But attacking first ladies and the families of sitting presidents has typically been off limits for the media. No longer. The media will gleefully play along with anything negative that has to do with Donald Trump. It’s easy. It’s lazy and it’s nothing more than clickbait, which apparently is acceptable as long as it has something to do with the Trumps. Which brings me back to Twitter.

Social media isn’t going anywhere. We’re stuck with it. And Twitter will continue to provide a forum for anyone with a beef about anything. But Twitter isn’t a news organization. There are no credentialed Twitter reporters in the White House press corps. The problem is when the Huffington Post publishes a story under the headline, “Melania Trump’s Red Christmas Trees Conjure ‘Handmaid’s Tale’ For Twitter Users,” a news outlet becomes nothing more than an arm of social media, and if such an outlet is so inclined, it can cherry pick six or seven of the most vitriolic posts Twitter has to offer on a topic and make a story out of it.

I have a difficult time shoehorning such an approach into any definition of journalism. The reporting about Twitter’s reaction to Melania Trump’s Christmas decorations is unhelpful and unnecessary. Worse, it’s divisive, mean-spirited. Those are the last things we need more of this Christmas season. Or ever."
- https://www.cagle.com/rich-manieri/
Posted by CoyotePrime at 10:45 AM