"Murphy’s Law to the Rescue!" 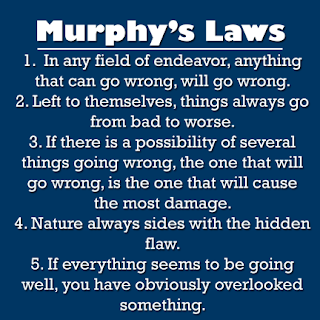 "Murphy’s Law to the Rescue!"
by James Howard Kunstler

"What can go wrong will go wrong. It’s so fundamental to the operation of the universe that Sir Isaac Newton should have installed it between his 2nd and 3rd Laws of Motion - but he had his hands full losing a fortune in Britain’s South Sea Bubble circa 1721, after muttering to a colleague that he “could calculate the motions of the heavenly bodies, but not the madness of the people.” Note to all you hedge fund cowboys out there: Old Isaac was probably smarter than you (and all the algos you rode in on.)

Was it a fretful Thanksgiving this year, a family feud of political recrimination with a lot of teeth gnashing through mouthfuls of candied sweets? Well, yes, coming after the extraordinary fiasco of the Kavanaugh hearings and the disputed midterm elections, but the glide path to Yuletide looks kind of bumpy, too, so here’s a short bill or particulars of things tending to go wrong:

Ukraine verges on martial law after a naval incident with Russian ships in the waters off Crimea. Say what? Martial Law? They might as well declare a Chinese Fire Drill. Details of the actual incident in the Straits of Kerch between the Black Sea and the lesser Sea of Azof remain murky besides the fact that two Ukrainian gunships and a tug disobeyed orders from Russian ships to stand down in Russian maritime waters and shots were fired. Who knew that Ukraine even had a navy, and how can they possibly pay for it? But now NATO is trying to get into the act, meaning the USA will get dragged into just the sort unnecessary and idiotic dispute that kicks off world wars. Note to the Golden Golem of Greatness (aka Mr. Trump): this dog-fight is none of our goddam business. Russia, meanwhile, asked the UN Security Council to convene over this, which is the correct response. What could go wrong?

Yesterday, about five hundred Central American migrants rushed the border at Tijuana. The US Border Patrol tear-gassed them and they backed off. Bad optics for those trying to make the case for open borders. Naturally, The New York Times portrayed this as an assault on families, defaulting to their stock sob story, though the mob assembling down there is overwhelmingly composed of young men. Complicating matters, a new Mexican president, Andrés Manuel López Obrador, takes over next Saturday, a Left-wing populist and enemy of Trumpismo. Tijuana is now choking on the thousands of wanderers who were induced to march north to test America’s broken immigration policies. What could go wrong?

Congressional Democrats are said to be “loading the cannons” with subpoenas for Trumpsters to get raked over-the-coals in a circus of committee hearings when they take over the majority in January. They’ll be matched by Senators firing back in hearings controlled by Republicans, setting up the worst political pissing match since the Civil War. In a fair universe, enough dirt would come out on either side to disable the most sinister forces of the Deep State — especially the seditious “intelligence community.” But life is unfair, as Jimmy Carter once observed and the exercise will only fan the flames of already-extreme antipathy. What could go wrong?

The engine pulling that choo-choo train of grievance is Robert Mueller’s Russian Collusion investigation. I expect him to produce mighty rafts of charges against Mr. Trump, his family and associates, and anyone who ever received so much as a souvenir mug from his 2016 campaign. But I doubt that any of it will have a bearing on Russian election “meddling.” And in that case, the charges will be met by counter-charges of an illegitimate investigation, meaning welcome to that constitutional crisis we’ve been hearing about for two years. That’s a mild way of describing anything from a disorderly impeachment to troops in the American streets. What could go wrong there?

Finally, there’s the elephant in the room with the 800-pound-gorilla riding on its back: the economy and its diabolical engine the financial markets. Anyone notice on the lead-up to Thanksgiving and Black Friday that the markets have been going south (and not on holiday to Cozumel)? Stocks are roaring back up again as I write. The TBTF banks and their ringleader, the Federal Reserve, have had a few days to engineer a rally, and the sharper it goes up, the more remaining “greater fools” will get roped in for eventual slaughter. Bond rates are charging back up too, meaning the price is skidding down. Bad combo. The poison cherry-on-top is Bitcoin, which has plunged about 40 percent in ten measly days to a 3000-handle and is headed to zero. So sad, as The Golden Golem might put it. It seemed like such a sure thing less than a year ago. What could have gone wrong?"
- http://kunstler.com/ 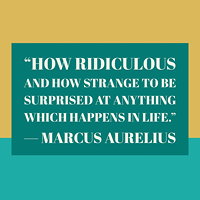 Posted by CoyotePrime at 1:28 PM