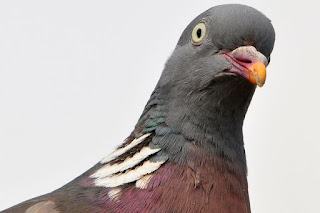 “Arguing with an idiot is like playing chess with a pigeon. No matter how good
you are, the bird is going to poop on the board and strut around as if it won.”
~ Author Unknown

“Stupidity is a more dangerous enemy of the good than malice. One may protest against evil; it can be exposed and, if need be, prevented by use of force. Evil always carries within itself the germ of its own subversion in that it leaves behind in human beings at least a sense of unease. Against stupidity we are defenseless. Neither protests nor the use of force accomplish anything here; reasons fall on deaf ears; facts that contradict one’s prejudgment simply need not be believed- in such moments the stupid person even becomes critical – and when facts are irrefutable they are just pushed aside as inconsequential, as incidental. In all this the stupid person, in contrast to the malicious one, is utterly self-satisfied and, being easily irritated, becomes dangerous by going on the attack. For that reason, greater caution is called for than with a malicious one. Never again will we try to persuade the stupid person with reasons, for it is senseless and dangerous.”
- Dietrich Bonhoeffer,
from "After Ten Years" in "Letters and Papers from Prison"
Posted by CoyotePrime at 12:12 PM