The Economy: "Our Third Bold Prediction" 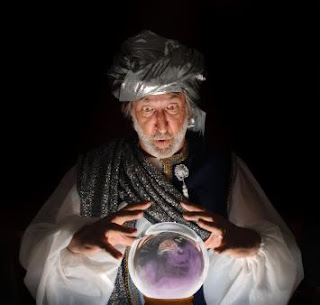 GUALFIN, ARGENTINA – "We made two bold predictions, about a year ago. Today, we make another one.

The Flood: Our first prediction was that the Fed would never normalize interest-rate policies, allowing the free market to set short-term rates, rather than the Fed itself. Our second was that Donald J. Trump would never follow through on his threat of a Full Retard trade war with China.

The two are related in an important way. Fed policies, and the fake money system behind them – not tariffs – caused the trade deficit with China. Prior to the introduction of fake money, not connected to gold, in 1971, the U.S. ran a trade surplus, the biggest in the world. Now it runs the world’s biggest deficit. Why the difference? Because now it can simply print the money to pay its foreign creditors.

Before 1971, trade imbalances never got too far out of whack. They were reconciled by shifting gold from the deficit country to the surplus country. Gold is limited, so it had the effect of lowering the money supply in the deficit country, forcing up interest rates, and reducing spending on imports. That is, the feds – and their money system – created the world that we live in… with $250 trillion of debt… and some of the lowest interest rates since The Flood.

Had America stuck with real, gold-backed money… and/or had the Fed not supported Wall Street with ultra-low interest rates and $4 trillion of new money… the situation would be much different. There would be no trade deficit with China. There would be no $250 trillion in debt. An F-150 would probably cost less than it did in 1971, not more. The working class would have nothing to grumble about… And Donald Trump would not be president. The Fed would not be “normalizing,” because it never would have un-normalized. The rich would not be so rich. The Dow would not be over 25,000. The government would not have $22 trillion of debt itself. And we wouldn’t be up at 6 a.m. writing this Diary.

All of these things, of course, are going away. But not soon. And not without even more outrageous and lunatic efforts to keep the jig up. Which is where our third prediction comes in.

Common Sense Substitute: On Tuesday, Jerome Powell pronounced judgment on MMT (Modern Monetary Theory). Recall that MMT has become very popular after AOC (Alexandria Ocasio-Cortez) proposed it as a substitute for common sense. While logically coherent, the theory suggests that governments can – and perhaps should – print as much money as they want, until something bad happens. Since a government can print the money to pay its debts, it never has to go broke. Therefore, the idea goes, debt doesn’t matter.

Powell, in Tuesday’s testimony, said the idea was “just wrong.” We predict he – or his successor – will change his mind. People come to think what they need to think when they need to think it. Right now, Mr. Powell is doing just fine. With such low rates, unemployment supposedly at its lowest level since the 1950s, and the stock market near its all-time high, he can afford to tell the truth… at least about MMT.

But the whole shebang rests on lies. Fake money. Fake interest rates. Fake “us vs. them” battles. Tax cuts without spending cuts. Social programs that we can’t afford. Military adventures that make us less safe. In Warren Buffett’s latest letter to shareholders, for example, he described the stock market’s run-up over the last 77 years as the result of “American mettle.” That was a lie too. American entrepreneurial mettle is measured in GDP figures, not the S&P 500. And GDP growth has been running at only 2%-3% for decades, while Buffett’s portfolio was compounding about six times that rate.

How come? It was a meddle, not mettle. The aforementioned meddling by the feds twisted the world’s finances into a grotesque shape, making the rich richer than ever… and making the common man howl. And it is that shape that the insiders are desperate to preserve. Which is why neither the trade deficits, nor the policies that brought them about, are going away anytime soon.

Know why? Simple. It’s “us versus them.” There are those who go through life honestly – voluntarily giving and taking as best they can… and there are those who cheat and steal, or use the muscle of the government to get something for nothing. That’s the “us vs. them” fight that really matters.

Greenspan Put: The elite began to rely on the Fed to boost its asset prices in 1987, when Alan Greenspan first rushed to counter a correction (the Crash of 1987) with a sharp cut in interest rates. The “Greenspan put” assured investors that the stock market had been tamed. Since then, they’ve counted on the Fed to keep moving wealth from Main Street to Wall Street. (The value of stocks went up, while the working man’s time did not.)

But it’s getting harder and harder to do. Stocks are already at the top of their range. And the debt burden is so heavy, it is cracking the pavement on Main Street. Consumers and businesses cannot borrow more. That leaves only the federal government, whose credit is, according to MMT theorists, almost unlimited.

But the federal government is already adding $100 billion a month to its debt – and we’re still in a boom. And it won’t be long before the boom ends, interest rates rise, tax receipts fall… and the feds can’t pay the interest on their existing debt, let alone add more.

What are the PhDs… cronies… and hustlers to do? Admit defeat? Let asset prices collapse… dragging down their wealth and reputations? Let the stock market correct? Let the economy go into recession… or even depression… as it cleans out the mistakes built up by 30 years of phony, EZ money policies?

Imagine Mr. Powell explaining his new “hands off” policy to the hinds in Congress: “You know,” begins Mr. Powell, “we can’t really tell you what interest rates should be. Or what stocks should sell for. And all that fake money… and that 2% inflation target… well… it was all nonsense, wasn’t it?”

Nope. We can’t imagine it either. Instead, we see Mr. Powell changing his mind about MMT. Maybe the government should borrow and spend more, he begins to think. And then, under a dense smokescreen of theoretical MMT claptrap, the Fed will follow Japan’s central bank, buying U.S. bonds by the trillions."
- https://bonnerandpartners.com/
Posted by CoyotePrime at 11:03 AM