“The Horse Fell Over on Him…” 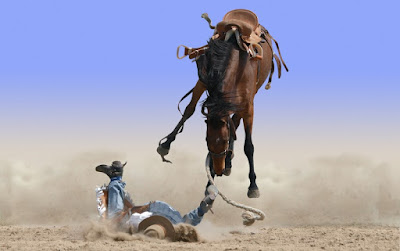 “The Horse Fell Over on Him…”
By Bill Bonner

GUALFIN, ARGENTINA – “Is he okay?” “We don’t know yet.” “But he’s at home?” “Yes, the doctor said there was nothing they could do.” Ranching, especially out here, far from hospitals… doctors… or even roads… is a risky business. Yesterday, first thing in the morning, came word that one of our cowboys almost died.

Makers and Takers: When we left you yesterday, Dear Reader, you were squirming and squealing… on the edge of your chair, eager to tell us what we all know: Yes, there is an “us versus them” that is real… and matters. But it’s got nothing to do with Republicans – Democrats, Black – White, Protestant – Catholic, U.S. – Mexico, or any of the other regular categories. Instead, it’s the oldest two groups in the world – those who earn wealth… and those who take it away from them.

As you know, there are only two ways to get what you want in life – honestly and dishonestly. Either you provide a service or a product, willingly… most often, your time… in exchange for something else. Or, you hold up a liquor store… rip off customers… or get a claptrap giveaway from the feds.

Over time, in a stable political system, more and more people figure out how to game the system, using the feds’ muscle to get what they want. That’s why they’re willing to spend millions of dollars to win an election; they know it will pay off. And it’s why corporate lobbying has become such a big business. And why Washington has become so much richer than the rest of the nation. And it’s why we have a $22 trillion national debt. And it’s why we have wars on drugs, tariffs, poverty… wars in Afghanistan and hundreds of U.S. military bases around the world.

Just follow the money; it leads to some segment of the Deep State and its cronies. And it’s also why we have a fake money system, and a central bank, that steals trillions of dollars from the middle classes and shifts it to the insiders and the elite.

Schemers and Dreamers: Contrary to what Warren Buffett believes, the rich didn’t get so rich by participating in great American enterprise. Over the last 30 years, stocks have risen twice as fast as the economy. That didn’t happen by accident. Instead, the fix was in. And here is what it produced, financial writer Nomi Prins: "The top 1% of Americans now take home, on average, more than 40 times the incomes of the bottom 90%. And if you head for the top 0.1%, those figures only radically worsen. That tiny crew takes home more than 198 times the income of the bottom 90%. They also possess as much wealth as the nation’s bottom 90%…"

But the real “us vs. them” is not the “people versus the rich”… it is the honest public versus the takers… the crooks and chislers… scoundrels and scalawags… the think tanks, policy advisors, contractors, GS16s, unions, trade associations, Mnuchins, Abramses, Pences, Flynns, Clintons, Powells, Bernankes, Gores, and on and on… schemers and dreamers… power junkies and jackasses from both parties…

Our job here at the Diary is just to try to connect the dots, not to improve things. But it would be easy, in theory, to get the drop on these rascals: Simply, cut the federal budget. But that’s not going to happen. And you know why. For the same reason the Fed is not going to “normalize” interest rates: because the insiders control the budget and monetary policy. We’ll come back to this subject often in this Diary. We believe it explains how America came to be what it is today… and why it is impossible to stop the coming fiscal disaster. But today, let’s finish our story.

Someone You Can Trust: “We were rounding up cattle,” explained the foreman. “I don’t know what happened but Natalio’s horse – you know, he was riding PomPom (a horse that Elizabeth refused to ride because it was so uncontrollable) – suddenly spooked. He reared up and fell over on him.” 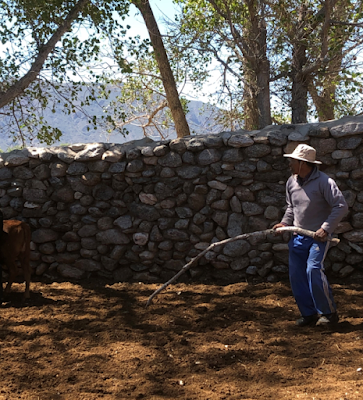 He started out here more than 40 years ago. We all started together. We didn’t have any machines back then. Just horses and mules. And the cows were wild and roamed up in the mountains. We’d go up on horseback. But after a while the horses couldn’t go any farther. So we’d go on foot and spend weeks rounding up cattle, sleeping out in the open… with nothing but our knapsacks and saddle blankets. It was a hard life.

The young cowboys can’t even imagine what it was like. They come to work now on their motorcycles. And all the cattle are down in the valley where they’re easy to manage. No use bothering with the mountain cattle. The meat is too tough; no one would buy them. It was a different world back then.”

Different World: It seems to us that it is still a very different world. The young gauchos come to work on motorcycles, but they spend their days on horseback, pretty much as they always did. They rope and wrestle… rebuild stone fences… and clean out the irrigation ditches with shovels. And it is still dangerous.

Horses are unpredictable. Cows can suddenly attack. Storms come up suddenly, sometimes with dust blowing at 40 mph… sometimes with freezing-cold winds and snow in the mountains. “Natalio’s father died up in there,” continued our foreman, pointing up to the mountains to the west of the house. “That was an accident, too. He was up there chasing cattle. He was on a mule. Usually, they’re more reliable than horses when you’re up in the rocks. But somehow, he fell or his mule slipped. And he broke his leg. Nobody knew where he was. All we knew – I was a child at the time – was that the mule came back and he didn’t. And when we went out to look for him the next day, we found him. He had frozen to death. It gets so cold up there.”

We rode over on horseback to see the invalid, who was staying with his daughter in a mud house near the school. We were surprised to see Natalio come out, limping slightly, but still walking, with the usual lump of cocoa leaves in his jaw. “How are you, old fellow,” we asked? “Ohhh… so-so,” came the answer. Natalio told us what happened.

“I just am not as fast as I used to be. The horse was falling on me. I tried to roll out of the way, but he caught me on my side.” Natalio motioned to his left side. “All banged up. And fractured ribs. The doctors say they can’t do anything about them. They just have to heal. I was hoping to get back to work next week. But things don’t heal as fast as they used to. I think it is time to retire.”
- https://bonnerandpartners.com/
Posted by CoyotePrime at 11:17 AM