"The Financialization of the American Economy" 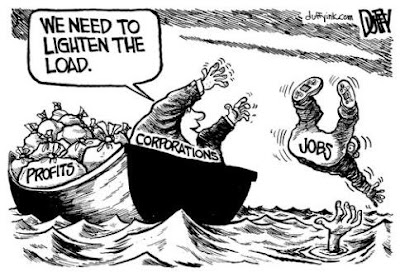 "The Financialization of the American Economy"
By Bill Bonner

YOUGHAL, IRELAND – "The sea is moody. We are in a hotel room overlooking Ardmore Bay. It is like a cruise ship, beached on the shore. We see the sea, with its changing tempers, but we are not part of it. One day it is angry, with white-capped waves slapping against the rocks. Another day, it is bright and chipper, deep blue, and sparkling with sunlight. And today, it is gloomy… with no waves, at all. And even the clouds overhead seem to hang low, sulking… 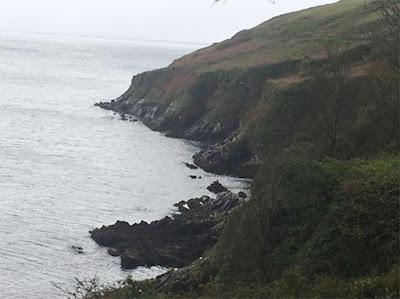 The ocean off Ardmore Bay is sulking.

But now, we turn away from our balcony, back to our computer screen…

Staggeringly Sinister: We never trust any “fact” we find on the internet… unless we make it up ourselves. And yesterday, we reported an item from Goldman Sachs researchers that was so perverse… so weird… and so staggeringly sinister, that we doubted it could be correct. We went back to the research department twice to make sure. But it seems to be right.

Over the last 10 years, for every stock bought – in net terms – by the public, foreigners, pension funds, investment funds, or other institutional buyers (the normal buyers of stocks, in other words), the corporations themselves bought nearly 50 of them.

From Goldman Sachs: "Buybacks have been the single largest source of US equity demand each year since 2010, averaging $421 billion annually. In comparison, during this period, average annual equity demand from households, mutual funds, pension funds, and foreign investors was less than $10 billion each."

In other words, the largest source of demand for stocks, by far, was not investors; it was corporate buybacks or acquisitions. The math is pretty simple. A corporation with a cost of capital of 4% could buy its own shares, earning, say, 8%. Then, the buying would reduce share count; increase the earnings per shares; drive up the stock price; trigger bonuses and stock incentive schemes; and generally, put a smile on investors’ faces.

Open Sore: This phenomenon first became noticeable, like an open sore on the face of capitalism, about five years ago. We joked then that corporations would soon borrow money to buy their own products, too. The queerness of this deepens as you do the math. The current yield on AAA corporate bonds, for example, is only 3.69%. And a company might have a profit margin on sales of, say, 15%. So, if it borrows $1 billion to buy its own products… it would make $150 million on the sales, while only paying $36.9 million in interest. So, sales go up. Profits go up. Inevitably, the stock price goes up, too.

This was a joke. But now, the sore has deepened to the bone… and what companies are doing is nearly as absurd. They are losing billions of dollars in their Main Street operations (Lyft… Uber… Tesla) and counting on money from Wall Street to keep them in business. They lose money on each sale, but fill the gap with equity or loans – both made available on exceptionally EZ terms.

What is going on? “Financialization of the American economy,” explains colleague Dan Denning in our most recent edition of The Bonner-Denning Letter. It distorts an economy from using real resources – time, raw materials, skills – to make things and turn an honest profit… to using fake money to make more fake money. This shift has been widely noticed, but little understood. The dots are too many… too mobile… and too indistinct; it’s hard to connect them.

Not Your Grandfather’s Stock Market: But when almost all stock buying is done by the stock issuers, you know something funny is afoot. When the feds can add more than a trillion dollars a year to the national debt – in a boom year – you know something is fishy. And when corporations can fail miserably in their Main Street business operations… and still be worth billions on Wall Street, you know this is not your grandfather’s stock market.

So, let us back up and look at an old timer’s economy – when investors still bought stocks… Congress still tried to balance the budget… and businesses still had to earn a profit.

A Dear Reader describes his town: "When I graduated from high school in Mansfield, Ohio, in 1949, any one of my classmates had his pick of nearly a dozen major manufacturers as a job and career source. We had a major Westinghouse Electric appliance factory, Dominion Electric (table appliances), Mansfield Tire (lots of private-label tires), Gorman-Rupp pumps, Empire Steel’s local plant, a new GM parts plant, Ohio Brass, and a number of others.

No college was required, just a willingness to work eight hours, five days a week, for pretty good money. This was a city with a population of around 45,000. Stay with any of them, and you were in the middle class before your first child was in school. Since my graduation, the city is a bit smaller, but every one of the plants I named has closed!"

What happened to Mansfield, Ohio? What happened to America? What happened to the stock market? “Financialization,” says Dan. What is it? How did it work? Is it the “wave of the future?” Or a total fraud? Tune in next week."
- https://bonnerandpartners.com/
Posted by CoyotePrime at 2:08 PM