"Why Is There So Much Pain and Suffering?" 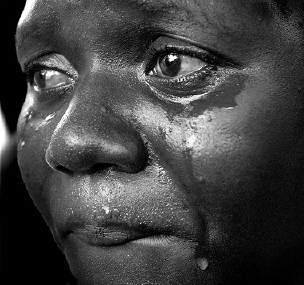 "Why Is There So Much Pain and Suffering?"
By Fred Pauser
"Mother Teresa said, “Suffering is a gift of God.” Well, it may be true that suffering tends to build character, but it also sometimes builds bitterness and criminals. In any case, we would naturally prefer to do without it, especially the extreme forms of it.

We can derive much toward answering the question from a basic knowledge of the evolution of life. Ernst Mayr succinctly summed up the process of natural selection: “Natural selection is a two-step process: (1) variations produced, and (2) variations sorted, with the elimination of the less fit so that you end up with a ‘selection’ of the best." Fitness may involve cooperative abilities as well as competitive, and the ability to adjust to varying environmental conditions.

Variations between individuals are produced by means such as mutations or genetic drift. The individuals that are most able to deal with the circumstances provided within their environmental niche are likely to be most able to reproduce and pass on their genes.

Contributions to the process of natural selection are also made by cataclysmic events such as volcanic eruptions, earthquakes, meteors and asteroids, etc. It is commonly believed that most dinosaurs were destroyed by such an event. Consequently, niches were opened to species that were more fit in terms of surviving that particular environmental upheaval.

As Teilhard de Chardin could see almost a century ago, evolution is directional. If we step back to see the big picture, nearly 4 billion years of life on earth is most notably characterized by overall increasing complexity and diversity of life, accompanied by greater capabilities, including the development of consciousness. Scientists are beginning to abandon Gould’s philosophy of non-directional evolution in favor of something more like de Chardin’s view.

Einstein said, “Everything that the human race has done and thought is concerned with the satisfaction of deeply felt needs and the assuagement of pain.” This is the pleasure/pain principle. It applies to virtually all life, albeit in very rudimentary form in single-celled creatures. It is fundamental.

Humans and other creatures born without the functional pain apparatus of their peers, do not live long. Clearly, without the capacity for pain and suffering, the evolution of life would not and could not happen. Certainly all higher life forms including humans would not have had even a remote chance of coming into existence.

Suppose there is a God, and s/he created the world pretty much as it is (as per the Christian fundamentalist view), except there was no pain and suffering, and all danger had been removed for all creatures. Wouldn’t it be a dull and boring place? Would there be any reason to strive for anything?

But we humans are acutely aware of our ability to experience pain, and we do what we can to avoid it, while simultaneously striving to maximize satisfaction. This more than enables us to survive. As products of evolution we mirror the directional progress of evolution of increasing capabilities. as human history indicates.

We possess a nearly unique ability among animals in that we can visualize all sorts of future possibilities, which bestows upon us the potential for a kind of pain that other creatures are capable of experiencing only minimally if at all: anxiety. Other animals probably, in general, suffer less than we humans assume they do, because we tend to anthropomorphize. Perhaps natural selection is not quite as cruel as it seems to us. Besides a minimal anxiety factor, consider that death in nature through predation is usually swift, and it often occurs before creatures can experience much of the sort of suffering we associate with old age and years of gradual loss of abilities.

The human propensity to suffer the pain of anxiety through the ability to imagine, has a plus side. It leads to a greater ability to experience empathy and sympathy (as compared to other animals). We are at a stage of development whereby our world is becoming one united economic entity. Human similarities across the world are becoming quite apparent. We are increasingly aware of our interdependence. We are coming to realize (some of us) that it is in our own self-interest to relieve suffering among our fellows. So our intellectual capabilities are being used via the pleasure and pain systems in us, to advance morally as well as technologically. The spiritual notion of profound interconnectedness and unity is becoming less abstract, more real. Ironically, none of this, including our very existence, would be possible without the billions of years of evolutionary struggle and strife that preceded us."
- http://www.scientificblogging.com/
Posted by CoyotePrime at 10:07 PM