Free Download: Friedrich Nietzsche, "Thus Spoke Zarathustra: A Book For All And None” 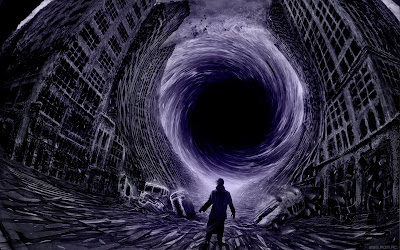 "Whoever fights monsters should see to it that in the process he does
not become a monster. And if you gaze long enough into an abyss,
the abyss will gaze back into you."
- Friedrich Nietzsche 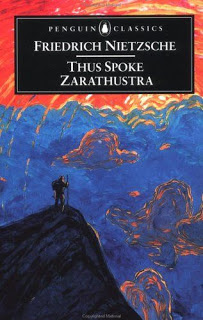 Freely download "Thus Spoke Zarathustra: A Book For All And None” here:
- https://nationalvanguard.org/books/Thus-Spoke-Zarathustra-by-F.-Nietzsche.pdf
○
“We work in the dark. We do what we can to battle with the evil that would otherwise destroy us. But, a man’s fate is defined as not a choice but a calling. Yet sometimes the weight of this burden causes us to falter, breaching the fragile fortress of our mind, allowing the monsters without to turn within and we are left alone, staring into the abyss… into the laughing face of madness.”
- “Fox Mulder”, “The X-Files”
Posted by CoyotePrime at 1:20 AM