"The Great Central Bank Bubble is Bursting As I Write This..." 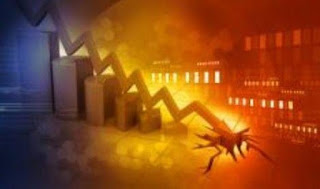 "The Great Central Bank Bubble is Bursting As I Write This..."
by Phoenix Capital


'A Crash is coming… Forget the trade war… forget the Mueller investigation/ deep state coup… forget the situation in Iran. The real story right now for the markets is that the global economy is sinking into a recession.

The reason this is a BIG deal is because Central Banks believed they could end the business cycle… meaning end the threat of recessions to the global economy. The argument here was that as long as Central Banks could control the bond market with interest rates and monetary programs like Quantitative Easing (QE) the real economy would somehow stay afloat.

Yes, there would be little if any growth under these circumstances, but by the flipside, there wouldn’t be an outright contraction/ recession. Central Banks were so convinced this would prove true, that two of the most important ones, (the European Central Bank or ECB and the Bank of Japan or BoJ) didn’t even come CLOSE to ending their interventions…

The ECB ended its last QE program in December… by March, it had already launched a new monetary program aimed at easing financial conditions… The BoJ didn’t even END its QE program… it simply changed its language from “we’re thinking about ending it” to “we’re not going to end it.” Why are these Central Banks so panicked? Because the global economy has rolled over… and no amount of money printing… or interest rate cuts is going to stop what’s coming.

Worldwide, the bond market has collapsed… there are now over $12.6 trillion in global bonds with NEGATIVE yields. Moreover, asset classes that are HIGHLY linked to economic growth, assets like Lumber and Copper are collapsing… telling us that the economic bounce that began in 2016 is OVER… 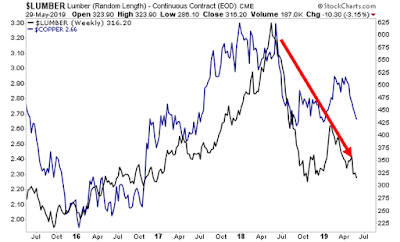 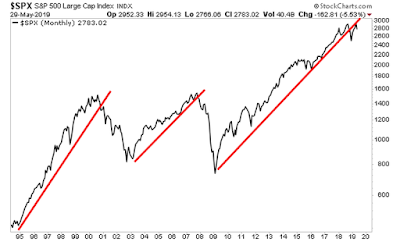 Click image for larger size.
Again... a Crash IS coming…"
- https://www.zerohedge.com/
Posted by CoyotePrime at 12:17 PM