"Inflation Has Distorted The U.S. Markets" 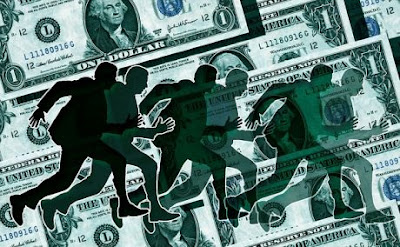 "Inflation Has Distorted The U.S. Markets"
By Bill Bonner

PORTLAW, IRELAND – "Yesterday, once again, the Dow rose in the morning – on news that a deal with China was 90% done – and fell later, as investors realized that they couldn’t believe anything that came out of Washington.

Meanwhile, the president of the United States of America says he’d rather have a European – an Italian, no less – as head of the Federal Reserve. Here’s Bloomberg: "President Donald Trump said the U.S. should have Mario Draghi, president of the European Central Bank, at the helm of its monetary policy – “instead of our Fed person” – and reiterated that he has the right to demote or fire Federal Reserve Chairman Jerome Powell. “Nobody ever heard of him before, and now I made him and he wants to show how tough he is,” Trump said Wednesday of Powell, speaking in an interview on Fox Business Network. “OK, let him show how tough he is. He’s not doing a good job.”

Trump has criticized the Fed for making credit more costly last year and for failing to lower interest rates last week. Policy makers “blew it” on June 19 when they kept the benchmark overnight rate unchanged, Trump tweeted on Monday.

Inflazione: Powell? Draghi? In America as in Europe, Italian as in English, the phenomenon is the same. We say “inflation,” you say “inflazione.” What’s the difference? But this is not your grandfather’s inflazione. This is inflation of asset prices, not consumer prices. And Mario Draghi is as good at it as Jay Powell is. From Speculators Anonymous: "The euro-zone (like the U.S.) faces the real risk of having hundreds of billions in corporate debt downgraded. And at this stage in the market cycle – that puts them in a very fragile position. Insurance firms, pension funds, and investment companies are all large holders of these CLOs [collateralized loan obligations] that could quickly become worthless."

Every major market crash in recent history has been built on such ‘contraptions’ that were poorly understood and blew up at the wrong time. Every day seems to bring some new absurdity, each one more dizzying than the one before. We’re almost laughed out.

Clown Show: But wait… Greenspan, Bernanke, Yellen, Powell, Draghi… Bush, Obama, Trump… The characters move on, the costumes change, the drama evolves… but it is the same clownish show: Inflate or Die. When the feds inflate, they have to keep inflating or the show comes to an end.

In the last week, we’ve explored how inflation – increasing the money supply – causes confusion, mistakes, and disasters. When consumer prices rise, at first, businesses are happy with the extra income… until they see their costs rising, too. Then, they are lost. They can make a widget. But they don’t know if they’ll make money… or lose it… by the time it is sold. Should they order new equipment? Hire new employees? With the most important signals – prices – in motion, it’s impossible to know.

What they typically do is shut down – voluntarily or involuntarily. GDP collapses. That’s why the shelves in Zimbabwe were barren during the great inflation in 2008… and why the shelves are barren in the great inflation in Venezuela today. There, consumer prices are said to be rising at nearly one million percent per year. The country is in chaos; people are fleeing for their lives.

Fast Money: A similar process takes place when the inflazione is in the capital markets rather than the consumer markets. But it is much harder to see. Because the price data has been censored and distorted. Rising prices on Wall Street should mean a healthy economy. Instead, they are a measure of how unhealthy the economy has become.

The Fed lends overnight money. But you can’t build a factory with overnight money. Or even buy a car or a house. The Main Street economy needs long-term financing. And when the Fed lends short term at near or below the cost of inflation, the whole financial world turns its eyes to fast money, quick fixes, and financial tricks to take advantage of the free money. The action is fast. Speculators want a piece of it.

Simple Plan: Here’s a simplified version of how it works. A CEO in New York has a contract that gives him a bonus if the stock price hits a specific target. He knows he can build a new plant, buy more equipment, train new employees, and launch a new product line. If all goes well, in five years, profits will rise. He also realizes that he can borrow short term for only 3%. Nor is it lost on him that the stock market puts a multiple of 20 on his company, so that every dollar of profit increases the stock price by $20.

“Hey… this is simple,” he says to himself. Forget the long-term business-building. He can acquire a company in Cleveland with $1 million in profits for $20 million. Borrowed at 3%, that costs his company $600,000 in interest. But it adds $8 million ($20 million less the capitalized interest payment of $12 million) to the market value of the company. He has not added a penny to the world’s real wealth or hired a single new employee. But the stock goes up. He gets his bonus. And shareholders are happy. What’s not to like?

Wipeout: One of the most popular “contraptions” since the crisis of 2008-2009 was the share buyback. It’s nutty, too, since a firm that can’t think of anything better to do with its capital other than buy its own stock is a zombie. What would oil be worth if the oil companies had to buy half of their output just to keep the price from collapsing? What would a house be worth if developers bought every other house they built… trying to goose up prices?

And what kind of capitalism is it when the capitalists spend their precious capital driving up their share prices rather than producing goods and services that they can sell at a profit? But over the last 10 years, corporations spent $15 trillion buying themselves. And now, they owe $15 trillion – an amount equal to half the total value of their stocks. If the stock market falls in half – which we think it will – the value of America’s entire publicly traded capital will be wiped out."

"Attento!"
- https://bonnerandpartners.com
○
Related:
"This Was The Final Recessionary Shoe, And It Has Now Fallen"
○ 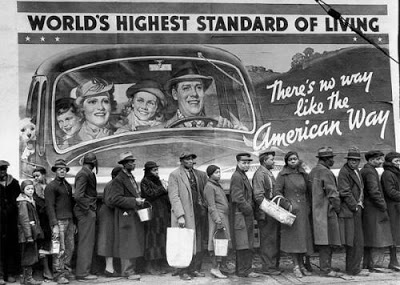 "A crash is coming, and it may be terrific. The vicious circle will get in full swing and the result will be a serious business depression. There may be a stampede for selling which will exceed anything that the Stock Exchange has ever witnessed. Wise are those investors who now get out of debt."
- Roger Babson, September, 1929