“Distorted galaxy NGC 2442 can be found in the southern constellation of the flying fish, (Piscis) Volans. Located about 50 million light-years away, the galaxy's two spiral arms extending from a pronounced central bar have a hook-like appearance in wide-field images. But this mosaicked close-up, constructed from Hubble Space Telescope and European Southern Observatory data, follows the galaxy's structure in amazing detail. 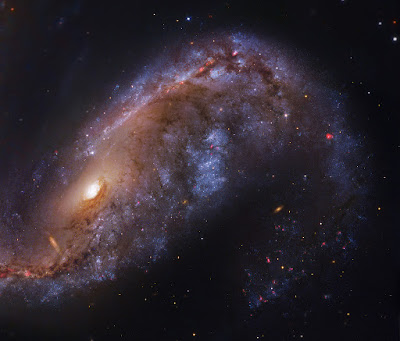