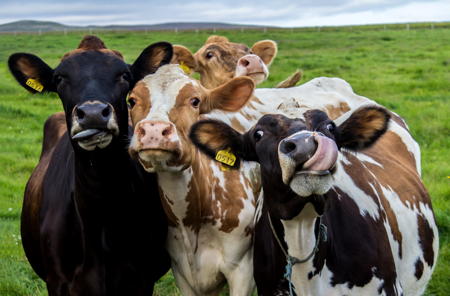 U.S. - "Look out, Beyond Meat - a new competitor has emerged in the market of turning vegetables into a food that tastes just like meat. But while companies like Beyond Meat use laboratories to turn vegetables into something tasty, this new process uses a much more natural method: feeding the vegetables to a cow.

The startup, which goes by the much simpler brand name of “Meat,” came upon this process after using hundreds of millions of venture capital dollars to research how to turn vegetable products into something delicious that could be used as a burger. “Vegetables are ugly and horrible, and no one likes them,” said Meat researcher Winston Sullivan. “We tried everything to make them edible, but nothing worked - except maybe covering them in ranch dressing. But then we saw this creature, a cow, was eating the vegetables - because it was so dumb and didn’t know any better or something - and somehow afterward it became filled with tasty meat. It was amazing.”

Sullivan says they have no idea how the cow turns vegetables into something edible (they suspect witchcraft) but have now obtained many of these creatures so they can feed them inedible vegetables and harvest tasty, tasty meat. The results are already a hit, as restaurants like Five Guys have used the patties made from naturally processed vegetables to huge success.

Meat is now trying to see if the process can be repeated with other animals. They’re currently testing their process on a chicken, though they say that, so far, the results aren’t as good as from the cow unless the product is breaded and fried."
- https://babylonbee.com/news/
Posted by CoyotePrime at 3:07 PM