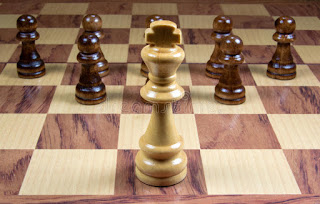 "The Greeks took for granted a warrior-ethic ("aristeia," the virtues, values, culture and competence of "aristoi") not just between man and nature, and one city and another, and in the competitive contests (agones) between one person or point of view and another, but most especially between the individual mind striving for illumination and the vast surrounding obscure chaos of all that we do not know or understand or, as yet, have the resources to master. Humans from the earliest days of their lives have already planted their feet on one of two paths, one leading toward self-illumination or a determination to live life knowingly, as cognoscenti or "knowers," and one leading toward the absolute minimum of effort at illumination, a default-mentality marked by the vices of ignoranti, the countless herds of the mostly oblivious and passive, who are content merely to be, to drift and be driven, not to be morally or philosophically accountable for themselves.


I can't convince myself that it does much good to try to challenge the everyday political and other delusions and dementias of Americans at large. Their contained and confined mentalities by far prefer the petty and parochial prisons of the kind of sense they have been trained and rewarded for making out of their lives (and are punished for deviating from them). What it costs them ultimately to be such slaves and infants and ideological zombies is a thought too monstrous and rending and spiky for them even to want to glance at."
- Kenneth Smith
Posted by CoyotePrime at 3:49 PM