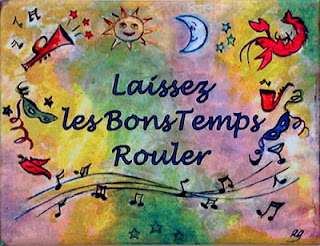 POITOU, FRANCE – "Good news for investors. The economy is limping… staggering… and buckling. And you know what that means – cheaper credit… and more money for speculators! Yesterday, the Dow rose 240 points in anticipation. Steven Ricchiuto at MarketWatch probably captured the gamblers’ mood best in his open letter to the Federal Reserve. The headline is all you need: "The Fed needs to radically change policy and start printing money." So, start up the presses. Laissez les bons temps rouler!

Appeal to Lunacy: But let’s back up and look at the circumstances that make this appeal to lunacy so popular. Here’s MarketWatch again, reporting that the economy is not nearly as strong as had been thought: "The economy had about 501,000 fewer jobs as of March 2019 than the Bureau of Labor Statistics initially calculated in its survey of business establishments. That’s the largest revision since the waning stages of the Great Recession in 2009.

The newly revised figures indicate the economy didn’t get a huge boost last year from President Trump’s tax cuts and higher federal spending. They also signal the economy is a bit weaker than previously believed and could give the Federal Reserve even greater reason to cut interest rates in September."

The feds’ finances are in worse shape too. Here’s The Washington Post: "America’s federal deficit will expand by about $800 billion more than previously expected over 10 years, primarily because of two legislative packages approved this year, pushing the nation further into levels of debt unseen since the end of World War II, the Congressional Budget Office said Wednesday."

The United States was already expected to hit about $1 trillion in annual deficits next year, an unusually high number, particularly given that deficits normally contract during sustained periods of economic growth. But that shortfall will expand by $1.9 trillion in new spending over the next decade because of a budget deal to avoid the spending cliff reached by congressional Democrats and Trump and an emergency spending package for the crisis at the U.S.-Mexico border.

The Fiscal Times elaborates: "The president and Republican and Democratic congressional leaders have just agreed on a two-year budget that would hike federal spending $320 billion above the fairly strict spending caps of the Budget Control Act of 2011, which is obviously no longer controlling the budget. Curiously, over the two years, a Republican president just agreed to add $46.5 billion in defense spending and even more – $56.5 billion – in domestic spending. To state the obvious, neither party cares about yawning federal budget deficits… [and] the unfunded liabilities for the entire nation are estimated to be a staggering $150 trillion."

Bold Prediction: And here, we offer another bold prediction. Before 2030, U.S. deficits will hit $2 trillion per year and total federal debt will go over $40 trillion. Here’s why. Sometime in the months ahead, a stock market crash and a recession are inevitable.

This will not be met with grace and courage, but will cause an unseemly panic on both ends of the Washington-Wall Street corridor. Faced with the third debt crisis of the century, the feds will follow the script of the previous two. But in 2001 and in 2008, the Fed had at least 500 basis points (5%) it could trim from its key lending rate. This next time, it will be lucky to have 100 basis points.

Remember, when you are in a funny-money debt trap, you only have two choices: you add more funny money… or the fake boom dies. In the next crisis, monetary policy will be unable to do the job. So tired and desperate eyes will turn to Congress and the president. “Help us; heal us; give us more of that magic elixir,” they will plead.

And no matter who is in the White House, the call will be answered with the most aggressive fiscal boost the nation has ever seen. The Fed will print the money. Congress will spend it. Deficits will double. And debt will expand to more than $40 trillion.

Make America Smart Again: In our view, America peaked around the turn of the century. Since then, it has been downhill. Just about everything has degraded and degenerated. The lies have gotten bigger. Deficits larger. Politics nastier and stupider. Prices wackier. And the public has become more gullible and credulous than ever. Overseas, America tries to bully the world. At home, Americans try to bully each other. And at home and abroad… the U.S. spends money that no American ever earned and no American ever saved.

This money is fake. But it is available in such quantity and at such low cost that it makes real money – money that represents real time and resources – irrelevant. Who wants to save real money when it earns nothing? And who wants to borrow real money from a real saver when you can borrow the Fed’s fake money and pay nothing for it? And who wants to take the risk and go to the trouble of building factories, training workers, and satisfying difficult customers when you can get wealthier simply by buying stocks – even your own stocks?

Hounds of Hell: U.S. stocks are up 26 times since 1980… and now, corporations spend 100% of their free cash flow buying their own shares. All of this cheap, fake money has practically obliterated the two things capitalism most needs: real savings (aka capital)… and honest prices.

And now, in this beautiful, late, Fin de Bubble period… the president of the U.S. is demanding the Fed to lend at 100 basis points BELOW the level of consumer price inflation… while his wannabe Democratic opponents come up with fantastic new ways to spend money we haven’t got on programs no sensible person would want.

And so, the hounds of Hell run wild – greed, corruption, lies, and claptrap. And if there is any real capital or integrity left, surely it is in hiding. More to come…"
- https://bonnerandpartners.com/
Posted by CoyotePrime at 6:01 AM