"The Ruler of the World" 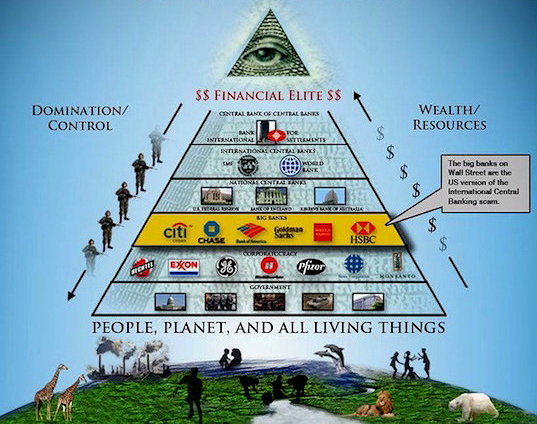 "The Ruler of the World"
The Emperor will make a mockery of the future.
by Robert Gore

"There is a Supreme Ruler of the world. During the early years of his reign he won accolades and devotion, showering his subjects with goods and services that were beyond their means. As he consolidated his rule, a few malcontents warned that there was less to his cornucopia than met the eye. However, his grip on power tightened and they were shunned. Once he had an iron chokehold, their warnings were forgotten or ignored.

Meet Emperor Debt. The first true globalist ruler, his dominion spans the planet. A cosmopolitan and multiculturalist, he reigns impartially over all races, nationalities, ethnicities, genders, creeds, and political persuasions. The little figures who supposedly run things think he’s their servant; they are actually his puppets. They promise and propose; he denies and disposes. Just the other night a puppet made a long speech full of promises and proposals. The Emperor smiled at the speech and the raucous reaction in the ownership-claims market the next day. “We’ll see about that,” he said to himself.

One of Emperor Debt’s minions once said, “In the long run we’re all dead.” A ninety-four-year long run later, we’re all in debt, and it would be an optimistic mischaracterization to say up to our eyeballs. We’re buried. The world’s debt is so stupendously huge it can only be estimated. Nominal debt is roughly $250 trillion dollars, or over three times what the world produces each year. Unfunded promises for old age pensions and medical care are another $500 trillion or so. Throw in financial derivatives of $1.5 quadrillion. Stated debt, unfunded liabilities, and derivatives sum to $2.25 quadrillion, or about $300,000 per person. Leave out the derivatives and per capita debt and unfunded liabilities are still $100,000 (figures from “March 2017: The End Of A 100 Year Global Debt Super Cycle Is Way Overdue”)

US statistics are equally unsettling. Nominal personal, business, and government debt is $67 trillion (over 3.5 times the GDP), unfunded government pension and medical liabilities are estimated at $105 trillion (some estimates are up to two times higher), and derivatives held by US institutions at $612 trillion (all figures from US Debt Clock.org). That’s $2.412 million per person. Back out derivatives and it’s “only” $529,000 per person. The Debt Clock says we have $395,000 assets per person, so net debt is around $134,000. However, asset values are the Emperor’s sleight-of-hand. His debt blows up asset values, but sometimes the Emperor punctures the bubble and asset values deflate. Obligations to pay interest and principle on debt, on the other hand, do not deflate, absent rescheduling or bankruptcy.

“We’ve been hearing about debt from Cassandras, Nervous Nellies, and Chicken Littles for years; nothing’s happened!” cries the Chorus, and the Emperor smiles. The Chorus is dead wrong; plenty has happened, none of it good. The more you borrow from the future, the less future you’ll have. Debt has grown faster than production; the future has arrived and growth rates are falling. Unable to borrow its way to prosperity, Japan has been in a recession punctuated by interludes of anemic growth for 27 years. Growth in Europe has been virtually non-existent since the turn of the century, and debt crises loom in Greece and Italy. In the US, Barack Obama left office as the first president who did not have even one year of 3 percent real growth. His government needed to borrow over $9 trillion just to buy a feeble recovery. The Chinese “miracle” has sputtered as China struggles to carry its increasingly heavy debt load.

In the US, real incomes are lower now than at the turn of the century. The young see an increasingly bleak future- more debt, less opportunity- and forego marriage and procreation. Birth rates have fallen across the Emperor’s domain, well below replacement rates. Populations are aging and there are fewer workers supporting more of the elderly trying to collect on all those unfunded liabilities. Some day the young will rebel against debt slavery to the old and the Emperor will smile: divide and conquer.

Central bankers are the Emperor’s subalterns. They promote cheap debt, “magically” breaking the link between debt and the production or assets needed to pay it back. The Emperor’s propaganda ministers hail the “prosperity” that flows from central banks exchanging their debt for governments’ debt. Both sets of debt are collateralized by nothing and are claims on nothing; they can only be “redeemed” for more central bank or government debt. Yet this debt can be produced without limit or restraint- including the obligation to pay it back with real goods and services- and the Emperor’s subjects think of it as money and wealth. Constantly expanding debt and illusory prosperity promote a mirage economy.

Say what you want about the Emperor, he has a sense of humor. Amused by his subjects’ delusions, he plays with them like a cat plays with its prey. When financial asset prices drop, buy into the next debt-fueled upswing. Prosperity won’t end as long as credit standards fall and more credit is extended. Borrow two dollars for a dollar’s worth of growth. Credit is income. Creditors’ claims are wealth. Sooner or later, both the Emperor and the cat tire of their games. Pouncing, they make waste of the best laid schemes of men and mice. The Emperor has stopped armies, brought down governments, sparked revolutions, opened countries to invasion, and left poverty, devastation, and misery in his wake. Only fools doubt that he is not once again readying a destructive masterstroke that will level welfare and warfare states alike. Given the paper and promises that litter the globe, encumbering every asset and income stream, this one will be his most terrifying.

The Emperor’s reign waxes and wanes, but as long as humans remain human it won’t end. Hubris, avarice, and folly are occasionally tempered, never vanquished. There will always be that wish for something for nothing, that desire to consume more than one produces, that hope that continued improvidence won’t lead to ruin. Events, not contemplation, end mass delusion. It takes little foresight to see what’s coming, and little wisdom to recognize that it can no longer be prevented, but the herd refuses to see or think. That is the ultimate default.”
- https://www.theburningplatform.com/ 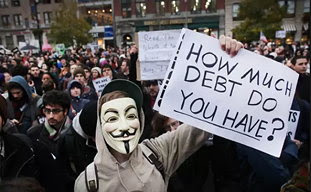 Posted by CoyotePrime at 4:33 AM