“The Sanctum of Self-Identity” 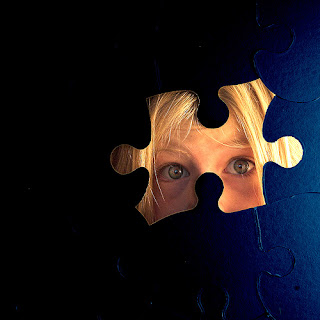 “The Sanctum of Self-Identity”
by William Manson


"We are shaped by each other. We adjust not to the
reality of a world, but to the reality of other thinkers."
- Joseph Chilton Pearce

“This over-organized, techno-urbanized 21st century: we “live,” as it were, within enveloping enclosures– an ever-tightening mesh of interlocking institutional structures (1000’s of corporations, mega-banks, power plants, DoD, NSA, the Internet, etc.). Such is the over-arching scope and complexity of this “Mega-System” that a mere individual finds her unique identity virtually obliterated by the standardizing forces which surround her (“technology,” “finance,” “media,” “messages,” etc., etc.) Daily “life” has become a stream of stimulus-response reactivity, as her latitude for spontaneous, self-directed activity shrinks. As these institutional structures engulfing her have hypertrophied- through endless mergers and consolidations, as well as constant technological transformations - her autonomous space for self-direction has become further truncated. In this “post-industrial age,” mere human beings are designated at birth as raw material to be shaped and trained, to be mobilized when needed (“employed”).

“Over-socialization”: into requisite skills and attitudes.
Internalized tyranny: “I should–be hard at work.”

Social theorists often described this all-pervasive siege upon autonomy and self-identity with indifference (or approval). The “self,” they declared, was merely a product of social interaction, the internalized composite of the expectations of “others” (“significant” or not). “Identity,” they claimed, is merely the subjective awareness of these “responses” of others; thus, stigmatizing and labeling would invariably lead to “negative self-image” and so forth.

Sociologist Erving Goffman went even further, claiming that the “self” (if it existed at all) is merely a series of “dramaturgic” roles each of us plays in differing social contexts (“impression management”). Goffman neglected the critical issue of “power relations” i.e., how those consigned to subordinate roles are forced into compliant (inauthentic) behaviors. Psychoanalyst Donald Winnicott more accurately recognized that such enforced compliance, producing a “false self,” thereby results in clinical depression (i.e., the feeling of loss - of cherished self-identity.) “Existentialist” philosophers, confronting mass-organized modernity, resolutely insisted that each individual, even under considerable duress and containment, may retain the dignity of authentic “moral freedom.”

In my view, each person’s core of sovereign autonomy, of authentic “self-identity,” can be preserved and developed by tactically evading any socio-political demand which is not absolutely mandatory (i.e., enforced by severe sanctions). Optimizing free self-direction: avoiding “over-compliance” to demands which would compromise one’s “integrity” (i.e., one’s authentic identity/values). Apart from the daunting problems raised by needed employment- and superordinate/subordinate roles in general – I also refer to legal/social roles, such as the contractual obligations of “marriage” and the like.

“Freedom to”: think one’s own thoughts (without constant interruptions), select what to read and listen to, which “communications media” (if any) to allow into one’s mental space, what gadgets (if any) to use, which persons (if any) to seek out as friends, etc.

“Freedom from”: thinking about how to “perform better” (for the employer/stockholders), “marketing oneself” (pleasing “appearance,” “winning personality,” “social networking”), craving middle-class “comforts” and “security,” “needing-to-achieve” (as a social counterfeit of genuine self-esteem), etc.

According to Xenophon, Socrates, scorning money and material trappings, prided himself on his free inquiry, openness of speech, and leisure for contemplation and moral/intellectual growth – in short, his independence and non-alienated authenticity of thought and action (which he equated with “integrity”). Likewise, Thoreau, praising independent simplicity and non-compliance with both cultural norms and governmental intrusions, preferred “poverty” to the occupational roles in which “you are paid for being something less than a man.”

The (relative) sanctuary of solitude: wherein, freed from the social expectations of roles, one communes with oneself, engages in painful (yet liberating) efforts for deeper awareness, and emerges able to offer - with hard-won insights - benevolent understanding and cooperation with others without compromising one’s core of self-identity.”
- http://www.counterpunch.org/
Posted by CoyotePrime at 3:35 PM