“Humanity Accelerating to What Exactly?” 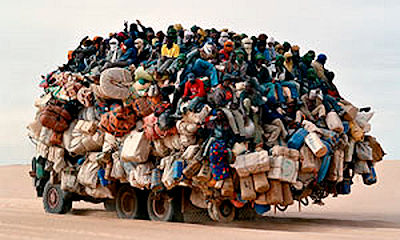 “Humanity Accelerating to What Exactly?”
By Richard Mills

"We humans have been changing the world around us for tens of thousands of years. It's pretty much what we do, we shape and we change the existing environment through design and then indifference to the results of our actions. The sheer scale and lightning fast speed of change since the 1950s has been almost unbelievable. So incredible and so sweeping are the changes scientists call the last 65 or so years the 'Great Acceleration'. 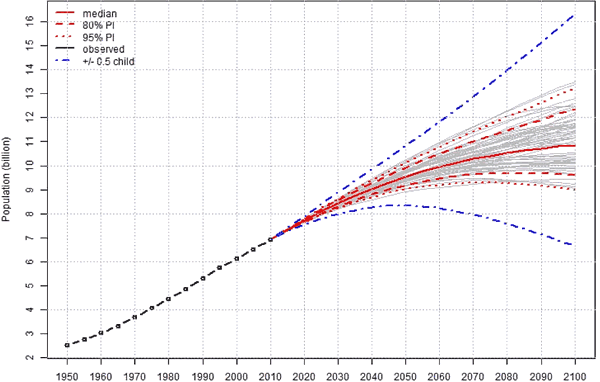 Our exploding population, our accelerating demand for the world's treasures (it's natural resources) our 'who cares' attitude towards pollution and habitat destruction are all increasing what were once tolerable pressures towards, and sometimes already beyond, the breaking point in ecosystems all over the world.

"The basic trouble with all long-range population projections is that they are driven by assumptions about birth levels- and there is still no reliable method for predicting fertility levels a generation from now, to say nothing of a century hence." ~ Nicholas Eberstadt of the American Enterprise Institute

Population growth is slowing down, but it isn't stopping and it isn't going to reverse over the next 35 years.

"The power of population is so superior to the power of the earth to produce subsistence for man, that premature death must in some shape or other visit the human race. The vices of mankind are active and able ministers of depopulation. They are the precursors in the great army of destruction, and often finish the dreadful work themselves. But should they fail in this war of extermination, sickly seasons, epidemics, pestilence, and plague advance in terrific array, and sweep off their thousands and tens of thousands. Should success be still incomplete, gigantic inevitable famine stalks in the rear, and with one mighty blow levels the population with the food of the world." ~ Thomas Malthus, 1798, "An Essay On The Principle of Population".

Taking the opposite position is Ester Boserup, an agricultural economist who says population growth is the driver of land productivity - our planet's human-carrying capacity is based on the capabilities of our social systems and our technologies more than environmental limits. One, two or 7 billion people on a planet with a human carrying capacity of say Borland's, the father of the Green Revolution, ten billion should have plenty of room to be productive.

Dismissing environmental limits to second place doesn't give me much comfort moving forward. It seems a little shortsighted. The earth might be big enough for one billion people, four billion maybe even eight or nine. But there is a number where we will demand more than the earth can supply. Some say that number has long since been surpassed...

Ecological Overshoot: For most of human history there is no doubt we were consuming resources at a rate far lower than what the planet was able to regenerate. Unfortunately we have crossed a critical threshold. The demand we are now placing on our planets resources appears to have begun to outpace the rate at which nature can replenish them.

The gap between human demand and supply is known as ecological overshoot. To better understand the concept think of your bank account - in it you have $5000.00 paying monthly interest. Month after month you take the interest plus $100. That $100 is your financial, or for our purposes, your ecological overshoot and its withdrawal is obviously unsustainable.

Humans are currently withdrawing more natural resources than our Earth bank is able to provide on a sustainable basis. How much more? At today's rate of withdrawal we need another half earth. We're on track to require the resources of two planets by 2050. If today, everyone on earth were to start consuming the same amount of natural resources as the average American we'd need 3.9 planets. 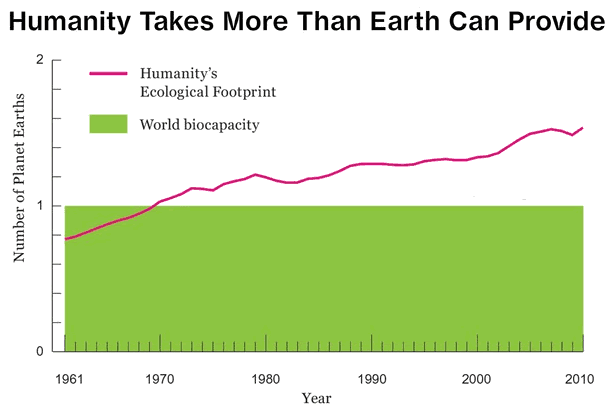 Anthropocene: A group of experts had a meeting to see if it's time to call an end to the epoch we live in and start a new one - one that's defined by humanity's imprint on the planet - they are proposing to call the new time period the Anthropocene. Those on side with this believe 'the influence of humanity on the Earth's atmosphere and crust in the last few centuries is so significant as to constitute a new geological epoch.'

When's the start date? Rocks are used to define the different time periods in Earth's history. For example - the start of the Cambrian period marks the moment in time when major groups of animals first appeared as fossils in rocks. The Anthropocene study group is considering several proposed markers:

• Radionuclides left over from atomic bombs in the 1940s and 1950s. The advantage these nuclear markers have over all the other proposed markers is that plutonium, caesium, strontium etc. can all be linked to a specific date in time as well as a clear line in rock.
• The widespread use of plastic.
• The release of poly-aromatic hydrocarbons from burning fossil fuels.
• And last but not least, lead contamination from petroleum.

All leave their own very distinctive telltale traces in the Earth's rocks.

"Whenever the new epoch started, we're living in it now. And if our descendants look back in thousands of years' time, they'll see the evidence of our actions written everywhere in the rocks." ~ Anthropocene.info 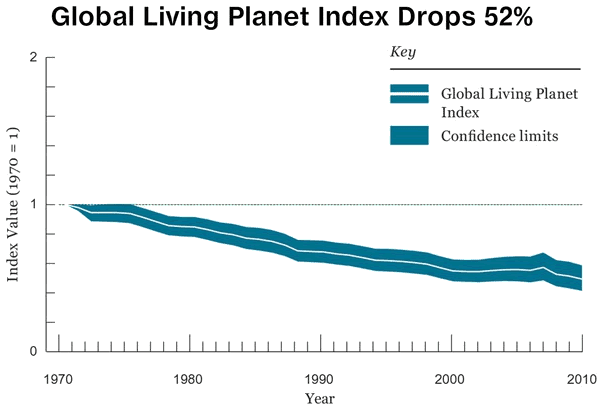 The Global Living Planet Index (LPI), shows a decline of 52 per cent between 1970 and 2010. The LPI is based on trends in 10,380 populations of 3,038 mammal, bird, reptile, amphibian and fish species. The global LPI tells us that more than half of the world's vertebrates disappeared between 1970 and 2010.

Conclusion: I'd like to suggest my own Anthropocene time mark - 1970. If the start of the Cambrian period marks the moment in time when major groups of animals started to appear why not use 1970 for the start of the Anthropocene, you know, define the moment when they started to disappear? The question we should all be asking ourselves is "A Great Acceleration to what?" So what's on your radar screen? I've obviously got humanity's imprint up on my screen. Is humanity's imprint on the planet, and yours in particular, on your screen? If not, it should be."
- http://www.marketoracle.co.uk/Article47931.html
◆
Conclusion: 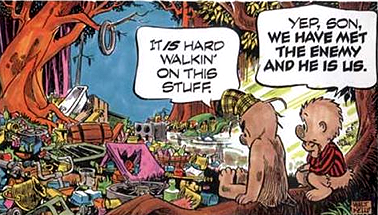 ○
Freely download "An Essay On The Principle of Population"
by Thomas Malthus, here:
- http://www.esp.org/books/malthus/population/malthus.pdf
Posted by CoyotePrime at 7:45 AM