“The Dangerous World of Logical Fallacies” 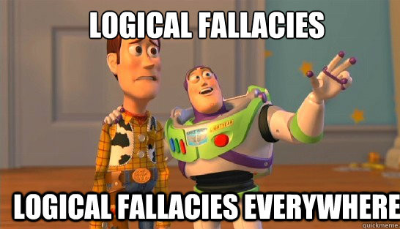 “The Dangerous World of Logical Fallacies”
by Mario Livio

“Thinkers in disciplines ranging from mathematics to economics, and from science to philosophy, attempt to construct theorems, theories, or scenarios, that have at least a fighting chance of being correct. Since in many cases one of the chief guides is logical reasoning, the ability to spot fallacies is an essential skill. In this piece I will briefly discuss a few such potential traps, and I hope to describe a few more in a future blog entry.

One fairly common fallacy is known as the "post-hoc" (Latin for "after this") fallacy. This is the notion that because one event happened to follow another, cause and effect are implied. This type of faulty reasoning has helped to make many "healers" and "psychics" very rich. The placebo effect notwithstanding, the fact that someone's health improved following a visit to such a healer does not imply any causal relation. Similarly, if you fell and broke your leg after a black cat had crossed your path, don't blame the cat. This is not to say, of course, that one should not investigate cases in which a certain sequence of events repeats itself multiple times. 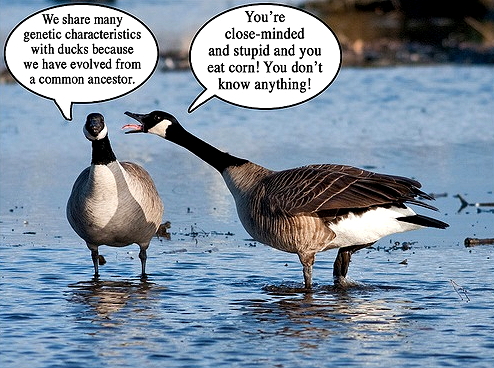 Person 1 makes claim X.
There is something objectionable about Person 1.
Therefore claim X is false.

Another known fallacy is that of the "false dilemma." For instance, the question: "Is mathematics an invention or a discovery?" leaves you with the impression that these are the only two options, and that the two are mutually exclusive. In fact, I believe that mathematics is an intricate combination of intertwined inventions and discoveries. Similarly, a statement such as: "The government should invest either in scientific research or in education" is false, since it could actually do both (clearly within budgetary constraints). The world isn't just black or white. In general, one should always carefully examine phrases that start with "the choice is clear," since those can potentially hide false dilemmas.

Studies show that one of the most frequently occurring fallacies involves logic flowing in the wrong direction. The argument goes like this: If P is true, then Q necessarily follows. Q is true, therefore P is true. For instance, if Earth is the only planet on which intelligent life exists, then clearly we will not find any signs of intelligent life on other planets. However, just because we have not found extraterrestrial intelligent life yet, we should not conclude that such ET life does not exist. To make things a bit closer to home, consider the following situation that probably many young (and not so young) people have experienced. A man thinks: "If she is not interested in seeing me again, she may say that she has another commitment tonight." This may be true, but if the woman in question has sent him a text message saying that she has another commitment, he should not automatically conclude that she is not interested.

Some fallacies are very seductive, and avoiding them requires a close examination of the logic involved. A famous one concerns the warning against stepping onto a "slippery slope." No one likes to embark on something that inevitably leads to disaster, but one should always investigate how likely such a slide truly is. The fact that something could happen doesn't necessarily mean that it will, or even that it is likely to happen- not every action opens the floodgates. In particular, we should never allow fear of fallacious slippery slopes to stifle our natural curiosity.”
- http://www.huffingtonpost.com/
◆
Click image for larger size. 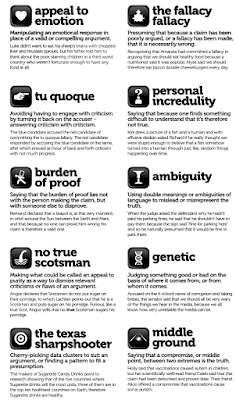 ◆
Related:
"The 10 Commandments of Rational Debate"
Posted by CoyotePrime at 10:19 AM