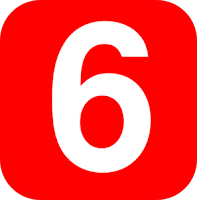 "Six Things"
by Chet Raymo
"My mother was part of the last generation of Americans who were welded into a national cohesiveness by the classroom memorization of poems by English language poets - Longfellow, Whittier, Riley, Lowell, Field, and all the rest. All her life, lines of verse were on her lips...


"All at once, and nothing first,
Just as bubbles do when they burst."
Oliver Wendell Holmes, "The One Hoss Shay"


"Each morning sees some task begin,
Each evening sees it close;
Something attempted, something done,
Has earned a night's repose."
Longfellow, "The Village Blacksmith"

"The more we listened, the more our wonder grew,
how his small head could contain all he knew."
Oliver Goldsmith, "The Village Schoolmaster"


"My candle burns at both ends;
It will not last the night;
But ah, my foes, and oh, my friends-
It gives a lovely light!
Edna St. Vincent Millay, "First Fig"

...and so on. Memorized poems provided young scholars of her generation with a common language that defined a national consciousness and expressed respectful continuity with the past. Not mere rote. It was called "learning by heart," and heart was very much at work.

Is there a common canon of scientific knowledge that global citizens of the 21st century should have at heart? Here are six bits of knowledge that might constitute minimum scientific literacy for every grade-school graduate:

2. The world is old. Human time is not cosmic time. If a year is represented by the thickness of a playing card, all of recorded human history would be a pile of cards about 10 feet high. The age of the universe is about 14 billion years; lay this pile of cards on its side and it would reach from New York to San Francisco.

3. The world is made of atoms. Nature's construction set is astonishingly simple: protons, neutrons, electrons. Of these, nature makes 92 kinds of atoms, and these combine into molecules. Out of simplicity comes complexity - the clear liquidity of water, the smell of bananas, the blue of the sky. A molecule called DNA determines my species, my gender, the color of my eyes.

4. The world evolves. The history of the universe is an unfolding of matter and form from a seed of pure energy. Stars, planets and life have histories, determined by law and contingency. Everything alive on the planet Earth today is related by common descent from primordial ancestors.

5. Everything is connected. Our bodies are made of stardust - atoms forged in earlier generations of stars as they lived and died. Stars, planets, plants, animals, rocks, soil, sea, and atmosphere are interrelated in a fabric of wondrous refinement and resilience. We disrupt the fabric at our peril.