"We Aren’t Masters of the Stock Market" 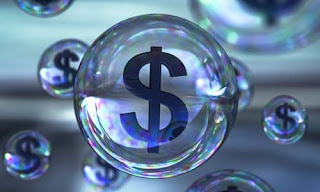 "We Aren’t Masters of the Stock Market"
By Bill Bonner

BALTIMORE, MARYLAND – "As our friend Nassim Taleb reminds us, there’s a downside to being a turkey. It’s called Thanksgiving. Every day for 1,000 days, it gets its food. The turkey gets used to it. It feels pretty good about things. Around the feed trough, it is common knowledge that the food “always” comes. And there is no turkey alive who can contradict it.

The more intellectual turkeys spin out theories to explain their good fortune. One says it’s because of turkey exceptionalism: “The food always comes because we’re turkeys, not starlings or pigeons. We are special. We don’t have to peck around on the ground trying to find crumbs or scratch in the dirt to find worms. We’re a superior bird; we have access to unlimited food.”

Another has a different hypothesis – better leadership: “We always get fed because our president has figured out how to make the farmers feed us. He’s the best turkey president ever. If the farmer is a little late, he knows how to make turkey life great again. Didn’t you notice? He takes three steps backward and makes a loud gobbling noise. That usually does it. If it doesn’t, he just keeps gobbling until the food comes. Always works. Always.”

And yet another pipes up: “Oh, enough with your fancy theories. We always get fed because that’s just the way it is. It’s nature.” “No, it’s not nature,” offers another. “It’s because the fix is in. The farmer has to feed us, or he’ll be charged with animal abuse. He has to keep the food coming; he has no choice.”

But then, as the fourth Thursday of November approaches, the theories are put to the test. All are proved incorrect. The food doesn’t come. Instead, the turkeys are ushered into a special part of the farm complex where they’ve never been before. There is something disquieting about it. The turkeys begin to whisper among themselves. One says he hears cries coming from the next room. All of them notice the sounds of machinery… heavy machinery… and a few soft feathers floating through the air. “What’s going on…?” they wonder, one to another. And then, they begin to panic, running helter-skelter, hoping to escape.

No Exit: Up until that day, the food came every day. Day after day… the sun shined… and along came the farmer with more grain. And then, without warning, everything changed for the turkey. Worse than a bad feather day… it was the final scene. The curtain fell. The court adjourned.

But as the SEC is quick to add: Past performance is no guarantee of future performance. You may flip a hundred coins and get heads every time. That doesn’t mean that the next one won’t come up tails.

Not All Gravy: We see the turkey’s life from the farmer’s perspective. It is not all gravy and sweet potatoes. But it is very predictable, with a definite beginning and a certain end. And a purpose. We’re tempted to make an analogy to the stock market. But there is nothing definite about the stock market. It can famously stay irrational a lot longer than you can stay solvent. But it can also stay solvent longer than you can stay irrational.

We assume that as long as the Federal Reserve is adding money to it, it will continue to go up. The total now of its supposedly “not-QE (quantitative easing)” repo market funding is up to more than $300 billion. And it’s no longer just the overnight lending market that the Fed is pumping up. It now funds a 42-day repo facility too. In other words, with the Fed adding so many fake billions, the turkeys might think higher prices are “rational” and “normal”… and that only rug-chewing doom-and-gloomers would expect it to go down.

And yet… in the stock market, we’re the turkeys, not the farmers. We spin out our own theories. “Stock prices always go up over the long run,” says one simpleton. “Now, with the enlightened management of the Fed and a very money-savvy president, we’re pretty much assured that nothing will go wrong,” says another. “Dow 30,000,” adds a third. “The fix is in… They have to keep pumping up the stock market or the whole shebang will fall apart.” “We’re the U.S.,” opines the president, as if the gods looked with especial favor upon us. But backstage, Mr. Market is sharpening his blades. He’ll decide for himself when we all get plucked.

Have a nice Thanksgiving."
- https://bonnerandpartners.com/
Posted by CoyotePrime at 4:21 PM