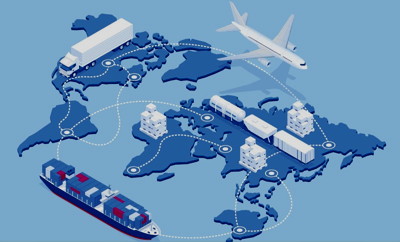 "A quiet day’s play with a US holiday, and its UK mid-term holiday all week. The Covid19 Coronavirus is likely to remain the dominant issue to worry the markets. Infections continue to increase, the Chinese are pumping funds into struggling regions, and passengers are being “rescued” from Cruise liners. But there is lots of other stuff to worry about: like what happens when bonds are downgraded to junk (see Kraft story), where the UK is heading, the fact Italy and Greek bonds yield about the same, and a host of other stuff I’ve already forgotten about this morning.

The Virus is what we’re watching first. As a result of desperate efforts by the authorities, the narrative is beginning to shift - we’re likely to see the discussion move from potential infection scenarios and containment, and into the realms of economic reality as real cause and effect economic reality stories emerge. Evidence of creaking global supply chains is fast emerging. China home sales have tumbled. JCB, manufacturers of the eponymous digger, are shuttering production because of a lack of parts from China. Large swathes of Chinese industry never reopened after the lunar New Year holiday because migrant workers stayed in the home villages. Chinese shoppers, the mainstay of shopping villages like Bicester, are said to be conspicuous by their absence.

There is less talk about end of the world epidemic scenarios, and the story is now being pushed off the front pages. Yet it’s scary just how little we yet know for sure about the virus in terms of just how infectious, dangerous and mutable it might be. The only thing we know for absolute sure - it’s going to have massive real economic consequences – which means it’s a genuine Black Swan, rather than some nebulous “Grey” event some pundits have been talking about.

While many market participants regard it as “just a new flu” and are stunned at what they consider to be government over-reaction, the authorities’ reaction illustrates the depth of their concern, and just how unknowable the whole story on the new virus is. Until we know the whole picture, it’s difficult to argue against being uber-cautious.

The economic damage will be massive. It will cause financial pain, impact financial asset prices, and will trigger central bank reaction. Get ready.

We still don’t know what the human cost will be. There was a story on Bloomberg: 'Coronavirus Could Infect Two-Thirds of Globe, Research Shows.' That raises massive issues about its potential impact and mortality rate. It will be big issues like quarantine, and the little stuff, like how long before everyone has a hand sanitizer on their desk? Scary comment from WHO: “Isolating cases and quarantining contacts is not going to stop this virus.”

So… I guess we are going to have to live with it, and factor it into our market projections and expectations. Clearly the Global economy is going to suffer. How much and who – that’s the question…

Some of it is obvious: I don’t suppose anyone will be in the mood for a Cruise anytime soon. Some it will require factoring in issues like how quickly Apple can make up for the delays in the 6 million iPhones Foxconn has been unable to deliver, right down to the widget maker in Wigan who can’t deliver a vital order because a Chinese manufacturer of a tiny widget part is based in Wuhan….

And one more thing to consider: How will China cope in 9 months time when it gets hit by a sudden and dramatic increase in the birthrate? What else are they going to do while towns and Cities are in lockdown? Long-term a couple of million new workers might be positive for an economy “getting old before it gets rich” – in but short-term, that will be another shock in terms of removing a significant number of women from the workforce and putting further strains on medical services. At least burbling babies should make everyone a massive bit happier."
- https://www.zerohedge.com/economics/
Posted by CoyotePrime at 12:35 PM