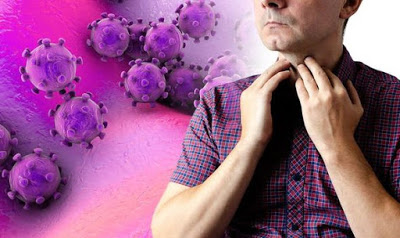 "Well the cats out of the bag as such. No denying it now!

“The novel corona virus (2019nCoV) is a recently emerged human pathogen that has spread widely since January 2020. Initially, the basic reproductive number, R0, was estimated to be 2.2 to 2.7. Here we provide an estimate of this quantity. We collected extensive individual case reports and estimated key epidemiology parameters, including the incubation period. Integrating these estimates and high resolution real time human travel and infection data with mathematical models, we estimated that the number of infected individuals during early epidemic double every 2.4 days, and the R0 value is likely to be between 4.7 and 6.6. We further show that quarantine and contact tracing of symptomatic individuals alone may not be effective and early, strong control measures are needed to stop transmission of the virus.”
Study here: arxiv.org/ftp/arxiv/papers/2002/2002.03268.pdf

OMG...
○
Monday, January 27, 2020. SUMMARY: "We estimate the basic reproduction number of the infection (R_0) to be 3.8 (95% confidence interval, 3.6-4.0), indicating that 72-75% of transmissions must be prevented by control measures for infections to stop increasing. We estimate that only 5.1% (95%CI, 4.8-5.5) of infections in Wuhan are identified, and by 21 January a total of 11,341 people (prediction interval, 9,217-14,245) had been infected in Wuhan since the start of the year. Should the epidemic continue unabated in Wuhan we predict the epidemic in Wuhan will be substantially larger by 4 February (191,529 infections; prediction interval, 132,751-273,649), infection will be established in other Chinese cities, and importations to other countries will be more frequent.

So what does this mean for the world? We are now faced with the most virulent virus epidemic the world has ever seen. An R0=3.8 means that it exceeds SARS's modest 0.49 viral attack rate by 7.75x - almost 8 fold! A virus that spreads 8 faster than SARS cannot be stopped by containment alone. A 99% quarantine lockdown containment of Wuhan will not even reduce the epidemic's spread by even 1/3rd in the next 2 weeks. Thus, I really hate to be the epidemiologist who has to admit this, but we are potentially faced with possibly an unchecked pandemic that the world has not seen since the 1918 Spanish Influenza. Let's hope it doesn't reach that level but we now live in the modern world with faster transportation than 1918. WHO and CDC needs to declare public health emergency ASAP!

And it gets even worse, the Lancet now reports that the coronavirus is contagious even when *no symptoms*: specifically: "crucial to isolate patients... quarantine contacts as early as possible because asymptomatic infection appears possible"!

Let's pretend the 3.8 estimate is too high (there's unpublished estimates of 2.5). even if this virus's R0=2.5, that's still 2x higher than seasonal flu's 1.28 (ref above), and higher than 1918 Spanish Flu pandemic of 1.80 that killed millions. So 2.8 is still super bad folks."
- https://coyoteprime-runningcauseicantfly.blogspot.com/

"We estimated that the number of infected individuals during early epidemic double every 2.4 days, and the R0 value is likely to be between 4.7 and 6.6..."
Consider what that really means. God help us, folks...
Posted by CoyotePrime at 4:47 PM