"How To Be Alone" 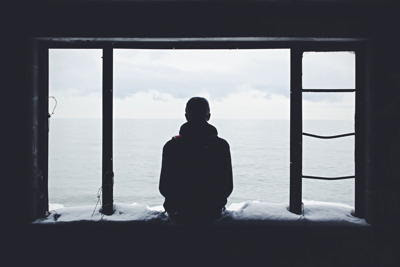 "How To Be Alone"
by Mark Manson

"Each week, I present three interesting ideas that will hopefully make you a slightly less awful person. This week, we’re talking: 1) social accountability as the glue for life, 2) the creativity boom times, and 3) how will quarantine affect our sex lives? Let’s get into it.

1. The Need for Social Accountability - Entering the third week of quarantine, I’ve been finding it harder and harder to get up in the morning. For the first time since my mid-20s, I’m regularly getting out of bed and skipping straight to lunch each day. I’ve been putting off work until the evening and sometimes even at night. And then sometimes the next day...or even two days later…or sometimes not at all.

Keep in mind, I’ve been working at home my whole life. I’ve never had a real job. I’ve been an early riser for years now and feel like I’m more self-motivated than most. So, the quick return of my youthful sloth has caught me by surprise.

At first, I figured I was getting a bit depressed over everything. You know, no sunlight, less exercise, little social contact. It kinda made sense. Especially since I’ve now been nice and freaked out for three weeks straight. Perhaps I’m just emotionally drained. Yeah, that’s it. Emotional fatigue… he says as he starts another episode of "Better Call Saul" at 2:30 in the morning.

But I’ve developed a new theory. It revolves around social accountability. Because, see, I’ve been depressed before. And this doesn’t quite feel like that. My work is still meaningful. I’m still enjoying it. Excited about it even (did I mention I just released a new audiobook?).

But remove those appointments, meetings, happy hours, and dinners, and suddenly, there’s no reason to get anything done before the evening. In fact, there’s no reason to get half of this stuff done today rather than tomorrow… so let’s do it tomorrow! Or at 3 AM when an unexpected jolt of motivation strikes. Why not? No one’s ever going to notice. Basically, it feels like I’m in college all over again. And my 36-year-old bones aren’t handling it so well.

This whole experience has convinced me that social accountability - i.e., the shame of not being somewhere when you say you’ll be there or not doing something when you say you’ll do it - is the only thing standing between us and chaos. For the first time in probably three years, I look at my calendar for the coming week and entire days are empty. On the one hand, that sounds wonderful. Sweet, sweet video game time. On the other hand, I have no idea what is going to get done or not get done and that terrifies me.

2. Time Alone = Creativity? - But there’s a silver lining to all of this empty meaningless time: it does wonders for one’s creativity. I often conceptualize my career into two types of work: creative work and procedural work. Think of it as right-brain work and left-brain work (or Feeling Brain work and Thinking Brain work).

The two types of work have different characteristics. Procedural work gains from structure, scheduling, planning, and requires consistent execution. Creative work is unpredictable and unstructured. In fact, the more you try to plan out creative work, often the worse results you get. This is why every artist is insanely productive right up until the moment that they’re given a deadline. For years, when people ask me what I do for inspiration, I always tell them that there’s no such thing as inspiration, just a lack of distraction.

By utterly destroying any semblance of procedural work, The Quarantine Life™ has ignited a renaissance in my creative work. Creativity gains from tons of time and no obligations. And never in my adult life have I ever had more time and lack of obligations than now.

In the past three weeks, I’ve written up outlines for three different book ideas (two non-fiction, one fiction), brainstormed a possible app-based course, a documentary, and a handful of longer articles. All of this has kind of happened without even me sitting down and trying to do it. In fact, most of it has happened when I’m sitting around in the middle of the day not really doing anything, just sitting there, letting my mind roam free.

This is all to say, if you’ve ever wished you had time or opportunity to pursue some creative endeavor - write music, write a play, learn to paint, whatever - this is the time to do it.

3. Is it possible to have sex while remaining six feet apart? - In response to last week’s email, a reader sent in this article that claims the world is on pace to run out of condoms in the next few months. This leads me to suspect that the much-publicized "Coronavirus Baby Boom" has been greatly exaggerated.

Indeed, ask anyone who is quarantined and fruitlessly attempting to homeschool their own children right now. The last thing they need is another kid. Or as some dude on Twitter put it, "If there is a baby boom after this, I can guarantee it will consist of nothing but first-born children."

But is there something to the sex thing? Do people get friskier under crisis? David Brooks just published a column talking about how, while being bombed during World War II, people in London dated and banged each other freely and compulsively. But that’s not entirely the same thing. I mean, for them it was,  "We might blow up at any moment, let’s do it." For us it’s, "Shaking your hand might kill grandma, no thanks."

Romance, for all its virtues, unfortunately loves danger. Real, imminent danger. Like, save someone from an exploding train danger. That is when you want to tear off someone’s clothes and ravish them. The fear and adrenaline sweeps through you and gathers right in the middle of your crotch, waiting to explode onto someone.

But when you’re washing your hands every 30 minutes and wondering if that last sneeze is going to kill half the family? Yeah, not so romantic. No, nothing quite kills the mood like a pandemic. If more sex is happening, it’s probably happening for the simple sake of boredom… and proximity. But I do agree with the main thrust (pun totally intended) of Brooks’ column: what gets us through these sorts of crises is strong social cohesion and close, intimate relationships.

Unfortunately, the pandemic has screwed up our ability to do that, too. In fact, I’ve become more concerned about the looming mental health crisis that could arise from all of this. Here you have millions of people, stuck at home, physically isolated, not socializing as often or in as significant a way. They’re stressed with nowhere to go, many with no jobs and no guaranteed income in the foreseeable future. People aren’t exercising, sleeping well, or getting outside enough. It’s a perfect recipe for widespread depression.

I’m planning on writing an article about this next week, and I’d be curious to hear your experiences. How are you managing your mental health throughout this? What’s keeping you sane? Let’s crowdsource the best ideas and help spread them… you know, like a virus. Until next week, stay healthy, stay sane."
https://markmanson.net
Posted by CoyotePrime at 8:34 AM