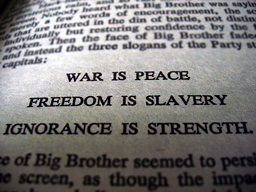 Cui bono, Latin, "to whose benefit?" Cui bono is the idea that the responsibility
for an act can usually be determined by asking who stands to gain as a result of the act.

"From the moment when the machine first made its appearance it was clear to all thinking people that the need for human drudgery, and therefore to a great extent for human inequality, had disappeared. If the machine were used deliberately for that end, hunger, overwork, dirt, illiteracy and disease could be eliminated within a few generations. But it was also clear that an all-round increase in wealth threatened the destruction - indeed, in some sense was the destruction - of a hierarchical society. The most obvious and perhaps the most important form of inequality would already have disappeared. If it once became general, wealth would confer no distinction. But in practice such a society could not long remain stable. For if leisure and security were enjoyed by all alike, the great mass of human beings who are normally stupefied by poverty would become literate and would learn to think for themselves; and when once they had done this, they would sooner or later realize that the privileged minority had no function, and they would sweep it away. In the long run, a hierarchical society was only possible on a basis of poverty and ignorance... Ignorance is Strength"
- George Orwell, "1984"
•
Cui bono, ultimately? Short answer below... 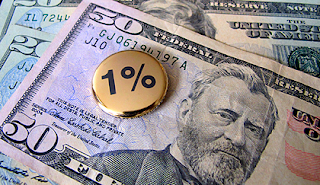